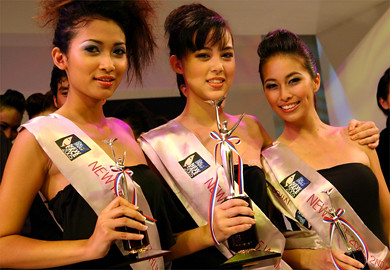 This afternoon while having lunch at a crowded, noisy joint, Aidan stopped midway while eating and suddenly yelled out what sounded like"F**k You!". Both hubby and I were dazed for a while..we looked at each other and queried at the same time "Did he really say what I heard he said?!".. And so we tried to make Aidan repeat himself but in vain. He had this mirthy grin on his face and was giggling away *face palm*.

Gawd..I hope he didn't pick it up from me... If anyone's guilty, it has gotta be me 'cos hubby isn't the sort to swear (well, only when he's driving though). But I don't recall cussing in front of him especially using that phrase! Gotta be really careful with my language around him. Let's hope there won't be any repeat performance. Thankfully the place with really noisy or else the other customers would be wondering what kinda kid we have [and the type of parents we are :P] *awk*!
( Collapse )