Gah! Gotta work tomorrow. Will be heading down to Desaru for an adventure drive that the paper is organising. If it wasn't a long weekend, I would have been looking more forward to it! Oh well, work is work! Am crossing my fingers that it wouldn't rain. And that no one tries to steal any of the SUVs...

Hubby asked whether he could go Bangkok with Darren & Trevor since I'm not gonna be around. I was okay with it. But when some of my colleagues knew, they were surprised that i could be that open-minded. Most of the married ladies said they probably would have disallowed their husbands to have their own R&R if they were in my position. The male colleagues thought differently though. They were giving me thumbs up and cheeky grins (hmmmm..). One of them, who happened to be heading there this weekend told me that he could 'take good care' of my hubby and even made a list of places he should check out. One was a place called Club Eden where the club sandwiches listed on their menus aren't actually served on plates :P Guess I shouldn't be passing my colleague's number to hubby then..

Well, I trust him enough to behave himself. And he's gonna be there with 2 other married men whose wives I'm also friends with and if they have no problem with their spouses going, I shouldn't too. But if he ask me again whether he could head down to BKK during the next long weekend, it will be a totally different story *sharpens knife* :P

Better have an early night today since I have to be at Raffles Marina at Tuas at 7am *awk*..! 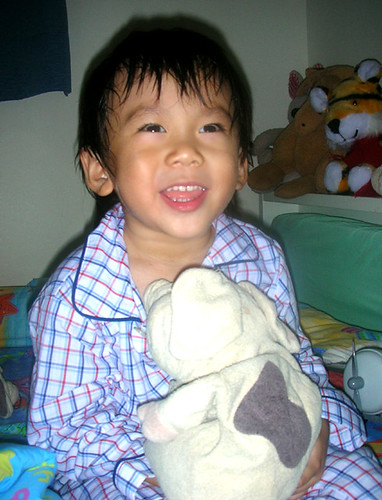