I think I'm getting senile. First, I forgot about our wedding anniversary. Then it completely slipped my mind that ahbang's birthday was on Sat 14th, one day after the New Face event. He was in Indonesia, scuba-diving (yeah, in this haze - crazy right?). He only returned on Sun night at about 11pm and by that time, I was already quite mabok due to the consecutive days of late nights and total lack of zz. It was only this morning on the way to work that I realised..damn, I'd completely forgotten about it. I didn't even wish him at all! I swear..I'm getting old ahead of time (then again, I am old already! *sob*). 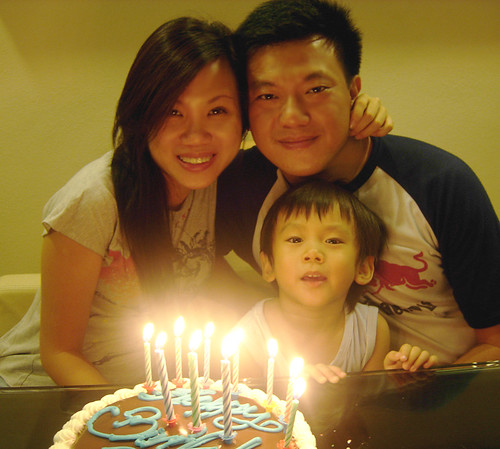 Pei Fen for rushing down the pressie at such short notice! I really owe you man!! So farnee lah you.."Saving your marriage is more important than collecting money!" He's delighted with the pressie and it's now sitting nicely in his car =)
( Collapse )
Collapse