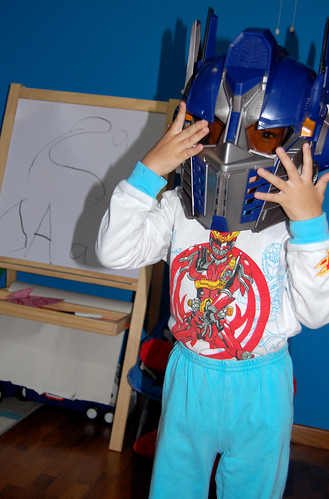 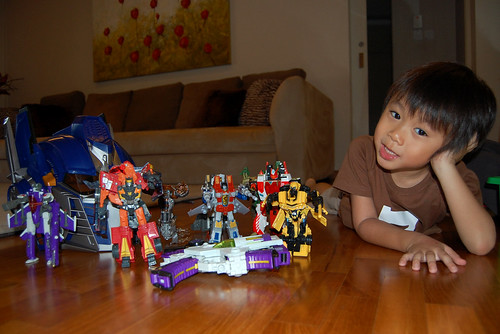 Heh..no. He wasn't the one who wanted this. I did! The Optimus Prime helmet with adjustable straps which allows the wearer to change his voice to that of a robot. Uber geeky man! Got it from Toys R Us at Vivocity. The SA there was telling us that all the transformers autobots were sold out..the only transformers from the movie left on the shelf were the decepticons. I was asking whether there would be a Megatron version of the helmet. He said it was unlikely because no one would buy it since he was a bad robot. Aiyoh.

As u can see, Aidan isn't the only kid in the house..I think the only sensible adult is Nenita! She's always asking us to stop buying toys :P
Collapse