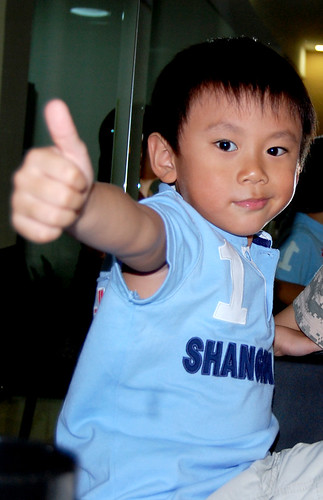 Yesterday over the phone, the boy was happily telling me that he had a great meal during recess time. I'd asked him what he'd eaten and he said he had a bowl of porridge, a plate of wanton mee and an ice-lemon tea. And he added that he still had 50cents to put into his piggybank. I swear my son thinks that the school canteen food is buffet style! The problem now is that he discovered that instead of ordering the biggest portion for his meal (which should be sufficient for him), he now orders the small portions but have 2 different meals instead.

Anyway, I digress. Back to the main point of my post. After our tele-conversation, I kept having this niggling feeling that something just wasn't right. So I did a mental calculation..
( Collapse )
Collapse