Wee Teck needed some kids for a photoshoot for a feature in the next GSS supplement so he asked me whether I could help. I 'nominated' Aidan and also roped in some ljmummies' kiddos too!

It went pretty well I must say...I was expecting some tears and tantrums but there were hardly any! The children were co-operative and listened to Wee Teck's instruction most of the time. I think they were quite taken by him (he was nice to them too and gave them all toys after the shoot). The tee-shirts were from Hang Ten and unfortunately, they were a few sizes too big but oh well, there was no time to round up 8 year old kids. I think the most stressed-out person was the photographer Alvin..and it had nothing to do with the children..more of the parents taking pics (w/flash) of the photoshoot which led to his flash being set-off!

Aidan had fun though..Initially, he kept giving these fake, cheesey smiles..Sarah was a natural though! I think after a while, they were kinda immune to the flashlights and just did their own stuff. Oh..in that first pic, Aidan chickened out and refused to go on top of the car..which explains why he ended up on the windscreen :P

Some pics I took
without flash which is why some of them are so blur.. 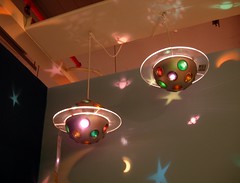 Cool decorative lights which we'll install at the side of room where his bed is.. 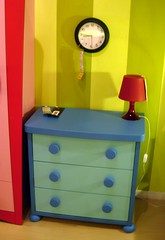 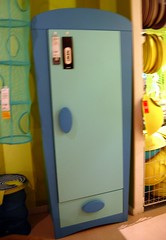 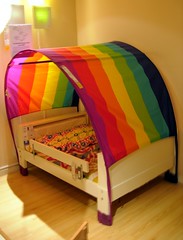 he has this bed already so we got him the rainbow!

I'm loving his room already =)
***********************
Okay..am getting new furnitures & appliances for my new place so I'm selling away some items really cheap (if not, the owner of my apartment will get them)..If anyone's interested, do email me at angeliatay@gmail.com 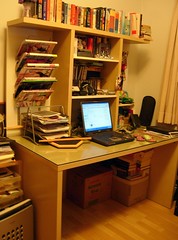 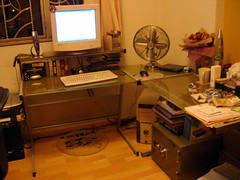 Selling both study tables..Both in very good condition
esp the ikea table (bought one year ago). 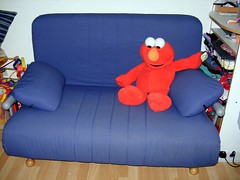 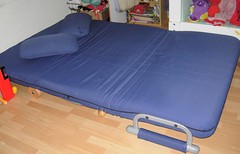 sofa bed (in blue) for sale too! sold
Am giving away my 32 inch Philips TV to the buyer of my study table(s) heh..(provided they want it). If not, anyone can take it.. Sorry..I have a buyer for the tv already. Also, loads of magazines and books if anyone's interested!
Subscribe
Previous
← Ctrl ← Alt
Next
Ctrl → Alt →
Previous
← Ctrl ← Alt
Next
Ctrl → Alt →