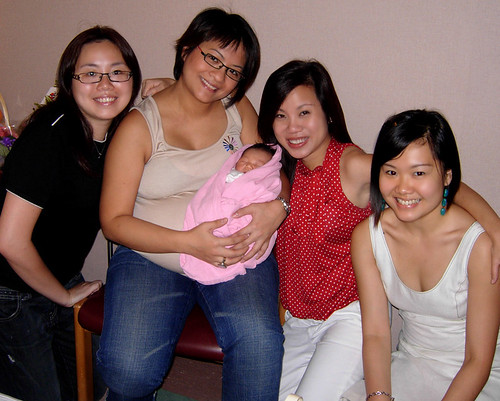 Jean and Baby Clare and

Joan popped yesterday so we dropped by the hospital today to have a peek at li' Clare and of course to see how the woman is faring..The mother looked so calm and cool..you wouldn't have known that she had just been through a long labour (and lotsa pain). And the li' one is soooo sweet..with a heart-shaped face and a full head of black hair! The babe was sleeping so peacefully when we were there and didn't even wake up even though we were making such a din..

Terence walked into the ward as we were all chatting away at the top of our voices..and quipped "Okay, gossiping already. I can see that Joan has recovered!"

this woman has lost sooooo much weight!

gonna be her turn to pop soon =) 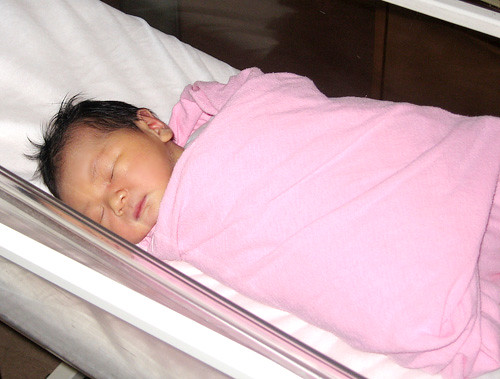 And just in case you are wondering as well..the answer is no! Not thinking of number 2. Everyone was asking me this at the hospital and I admitted that I wasn't very keen. But i told them that hubby seemed to be more insistent nowadays .. And Joan's mom (or is it mom-in-law?) upon hearing this advised "If your husband wants another child, you should give it to him! Trust me.." she said, "I know!". Pressure siah~~

I can't exactly say why I'm reluctant to have no.2...Aidan was such an angel when he was a baby..Most of you would know how easy it was to care for him. He ate well, slept soundly and didn't give me a hard time at all. I truly enjoyed the times I had with him when he was a newborne. And he's still such an adorable and lovable child . I love babies..but I'm just not keen to have another one. Hubby's main reason is because of the boy. "He will be lonely!", he said. I acknowledge that...but I just don't want to have a kid just so that he will have a companion. Am I selfish this way?
******************************* 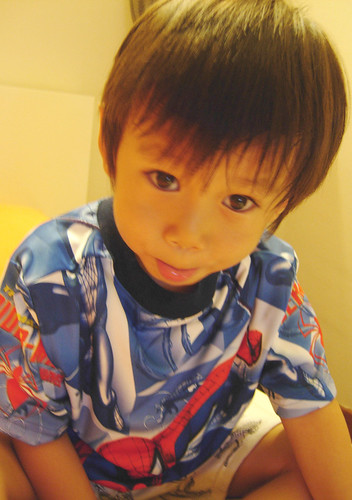 I wrote a blog entry yesterday night..and later deleted it because I thought I was too whiny. It was about the possibility of the postponement of the holiday in Japan due to hubby's work commitment. He confirmed today that it has to be changed to later date..but we're having a bit of trouble rescheduling and the travel agency also mentioned that we won't be getting the Natas' discounted rate.

Kinda disappointed 'coz I was so looking forward to the holiday..Oh well, can't be helped! Hubby is feeling kinda guilty about it already.. Shouldn't let it affect my mood..
Tags: baby, life
Subscribe