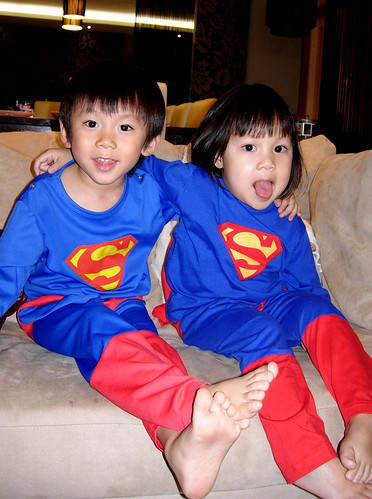 Mong called me the day before and said "Macy wants to speak to you!"..So the li' girl took over the phone and went"Aunty, can Aidan come my house now?" It was about 6pm then and so I replied "Can he come over tomorrow instead?" Her reply "No!! I want Aidan to come now!". Wah, so demanding!

When I reached home, Aidan was at the door beaming away. "Macy telephone me" he exclaimed! "She wants me to go her house!! Okay?" He looked so earnest that I just couldn't disappoint him.. Heard from Nenita that Macy had called him earlier on, when he was watching tv and the 2 of them were gabbing away merrily on the phone for quite a while. I couldn't believe it! Usually, when he's watching his fave tv show, he's totally non-responsive and even when Nenita tells him that his mommy is on the phone, he'll just grab the phone and hastily say"Mommy, I'm watching tv! Byeee~" and pass the phone back to Nenita..and that ungrateful brat actually sacrified his his tv watching time to chat with Macy! Grrrrrr!

So yesterday afternoon, Mong came over and ferried my boy to her place and the two 'lovebirds' spent almost the whole day together. When I called Mong at abt 4pm to see how they were getting along, I could hear in the background Macy's gruff voice "AIDAN, WHERE ARE YOU??!"..And when I finally joined them at her place at about 6+pm, the first voice I heard was Macy's and she was going "AIDAN...PLAY WITH ME!!!" Alamak...must really ask him to consider carefully about his choice of partner *coff*

The two of them were really very cute together! Check out these pics of them! 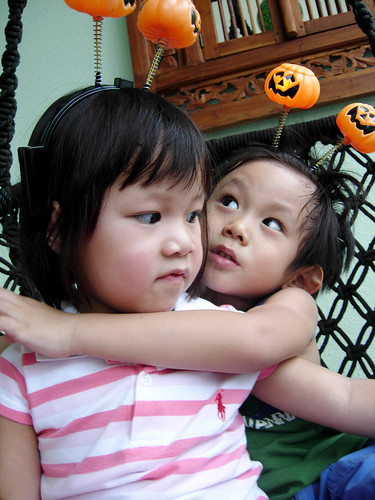 *ahem* Macy seems to be saying "wtf are you doing?!" 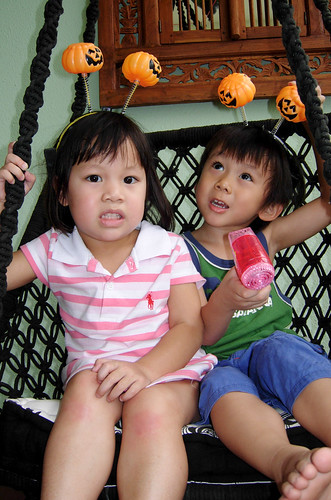 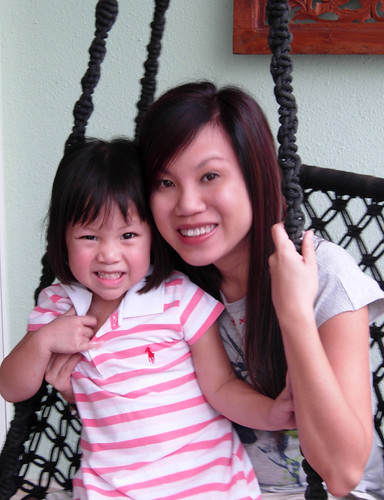 with my potential daughter-in-law hehe.. 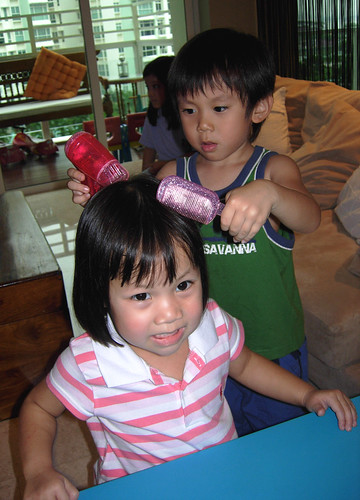 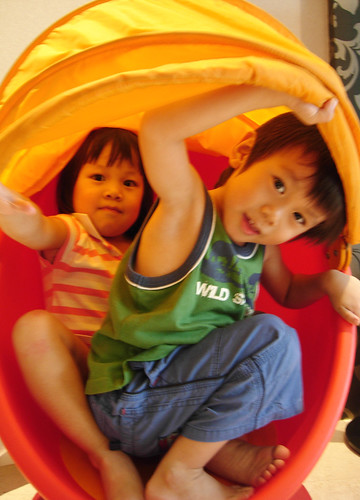 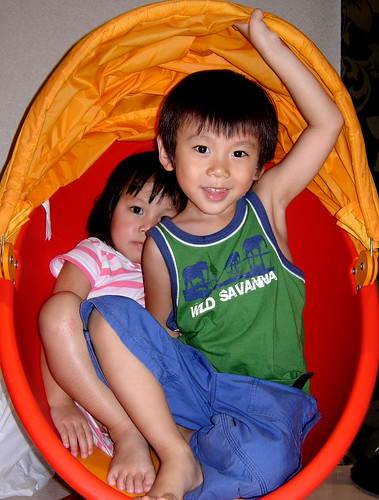 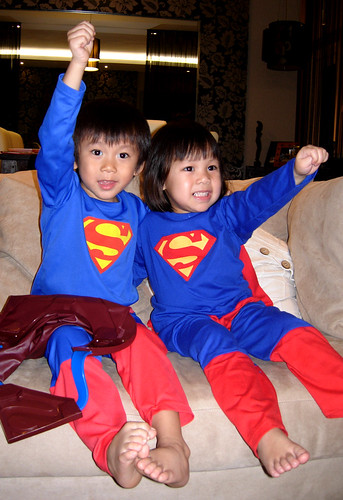 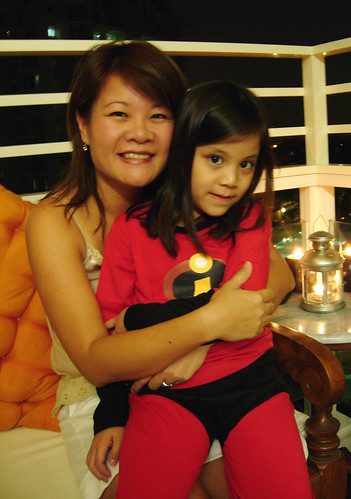 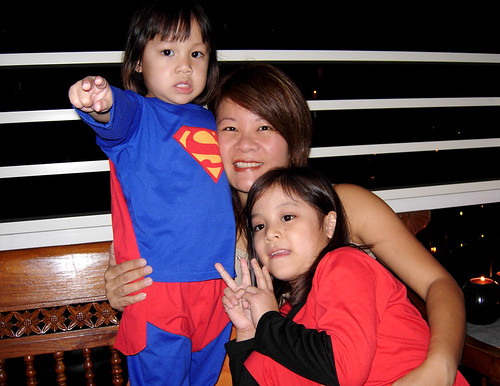 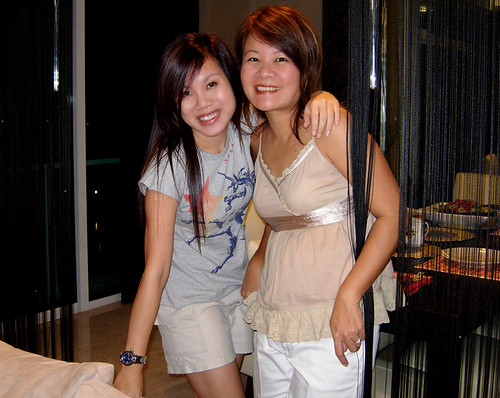 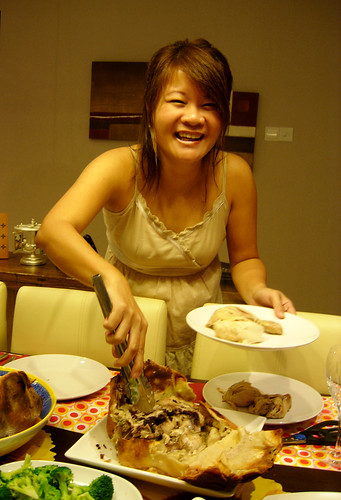