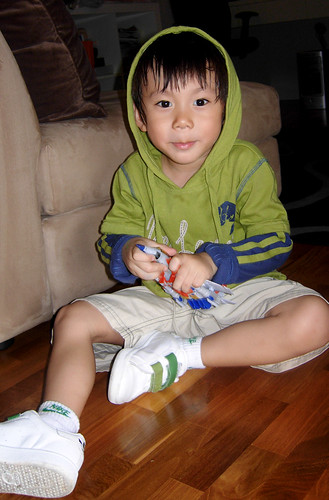 Aidan getting ready to go out..
Went to Vivo City for the first time today. Was home early so I decided to bring the boy there to check out the place. Hubs refused to drive there during the weekends since he heard what a madhouse it was so I had no choice but to go on a weekday.

The boy had fun at the outdoor playground. While Nenita was looking out for him, I took the opportunity to browse around..Honestly, nothing really interesting. I recalled at a seminar on branding I attended where Susan Sim from Mapletree (I heard she's no longer there) was telling the participants that shopping at Vivo City would be a fab experience because it would have shops that no other places in Singapore would have..as it didn't want to be just like another Orchard Road mall. She even said that they had to turn down some well-known brands who wanted to be in the mall. Dunno for real or not. But don't think they managed to achieve that at all. I was actually shopping at Orchard Road the day before so I've seen most of the stuff already. And some of the shops at Vivo City are also at Harbour Front..which is ridiculous because they are right next to each other. So after 3 hours at Vivo City, I only ended up buying clothes for Aidan from Gap. I like their boys clothes. It's so hard to find nice boys clothes in Singapore!!

But there's something which i liked in the ladies' toilet.. 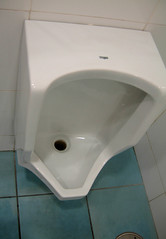 Yes, a urinal! At first I thought I went to the wrong loo..and then i realised that it was meant for li' boys just like Aidan.
Great idea especially for parents like moi who have sons who always tell u at the very last minute that they have to pee!
Edit: Understand that urinals in ladies' loos are quite common now *feels suaku*..
Oh well, I guess I just haven't been going to those other malls :P
Pics taken at Sushi Tei! 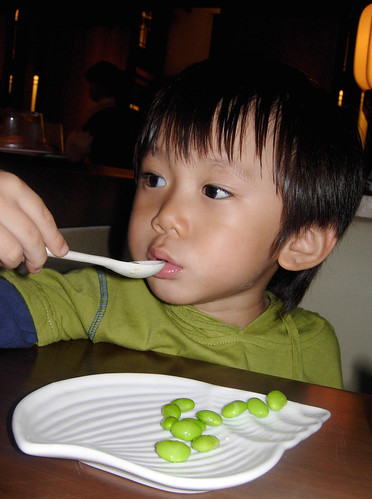 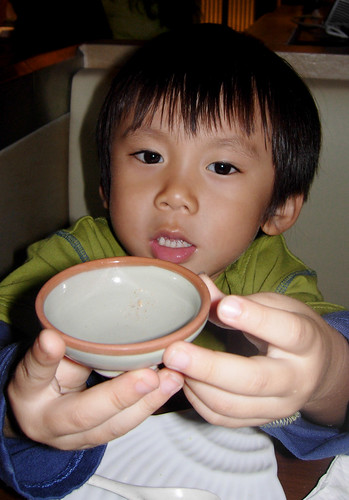 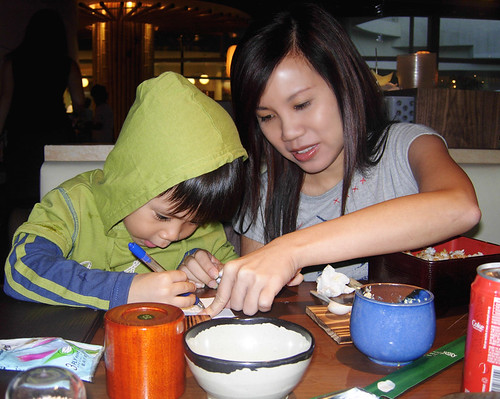 Nenita took this pic coz she thought he was so cute..
When the waitress handed me the credit card slip to sign, Aidan insisted on writing his name too.
So she turned the receipt around and told him to write his name there..and he happily signed his name.. 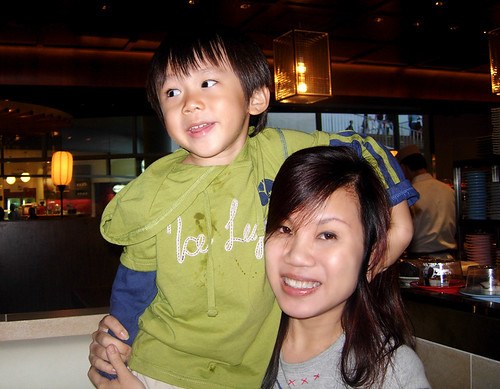 June was attending it, I thought I might as well join in to see how I would fare.

I'm not exactly a very creative person..actually, I suck at arts and craft. I'd attended a scrapbook making course before (also organised by TNP) and my work was so bad that I was too ashamed too show it to anyone. Even the instructor didn't have anything positive to say about it. She complimented most of the participants but when she came to me, all she said was "nice pics" and then went on to tell me how my work could have been improved.

It was quite interesting I must say..but I gotta admit I'm not a DIY person. I simply don't have the patience, I guess. Thankfully I had the option of choosing technical class during my sec school days. I would have flunked home economics.I wasted so much time just thinking of which stones to choose and deciding on the look of the necklace and so I ended up doing just one necklace after 2 hours (most of the other ladies made earrings too :P) 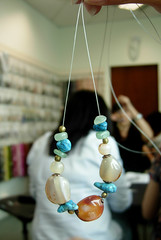 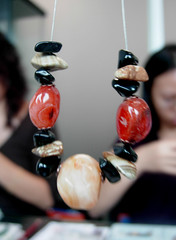 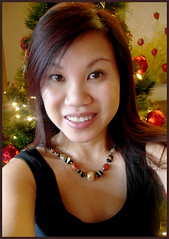 Moi modelling my completed work of 'art'..
okay lah,at least I'm happy enough with it to show it off..
Well, am definitely not gonna quit my day job. But I came out of the course with a better appreciation for the art of jewelry-making and jewelry makers like 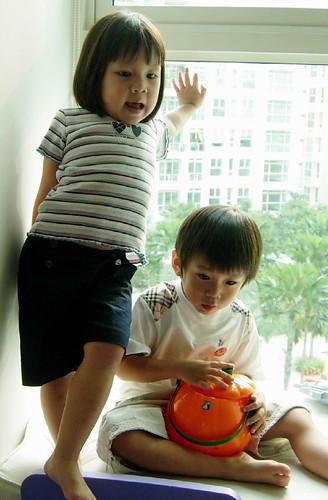 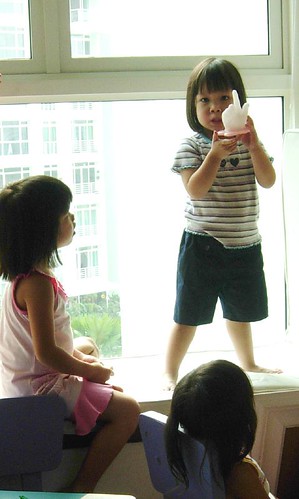 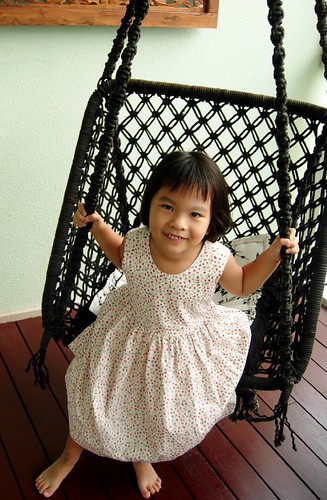 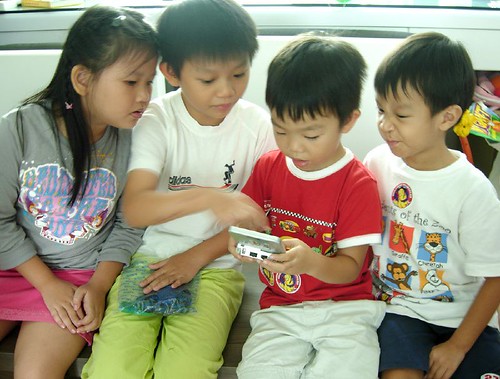 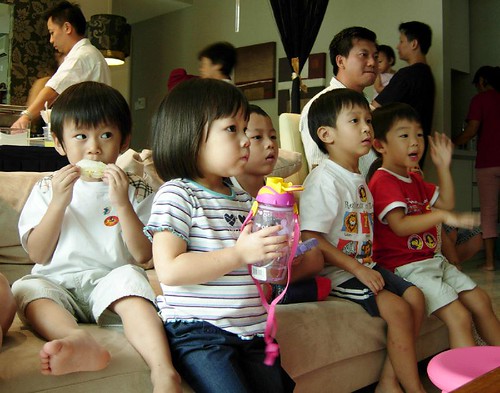 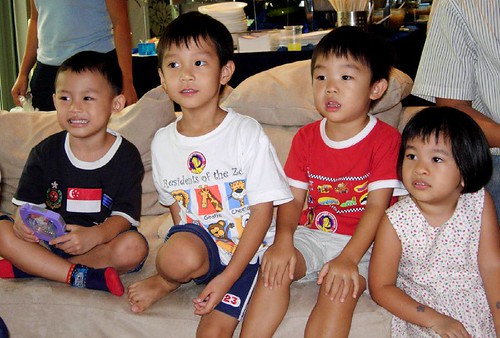 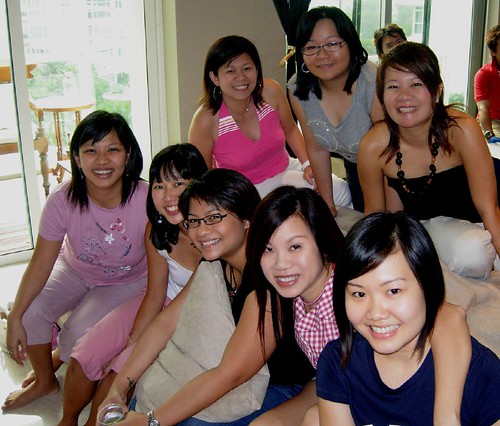 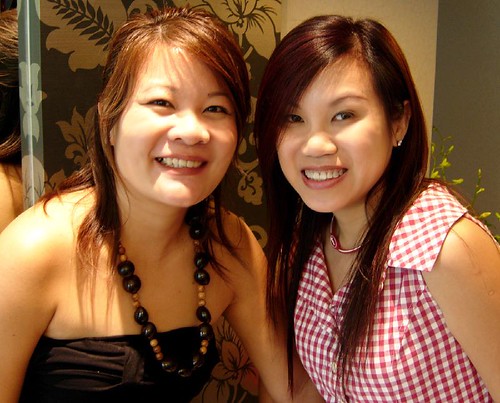 with the mistress of the house! 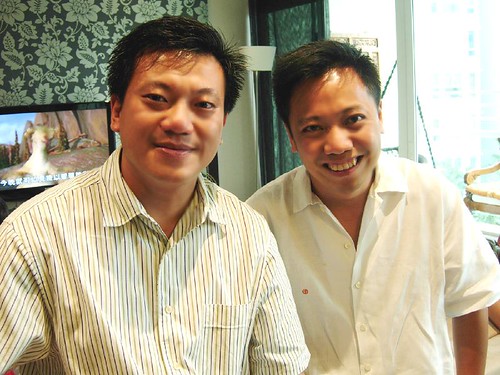 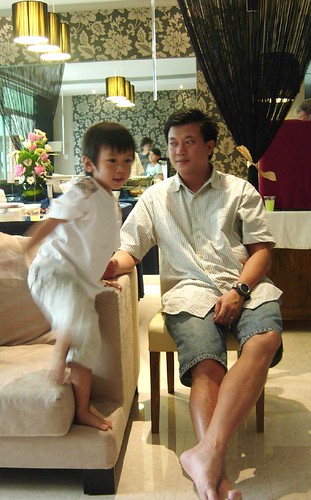 i like this pic because it shows off the best part of her apartment..
the dining area! Love the wallpaper! 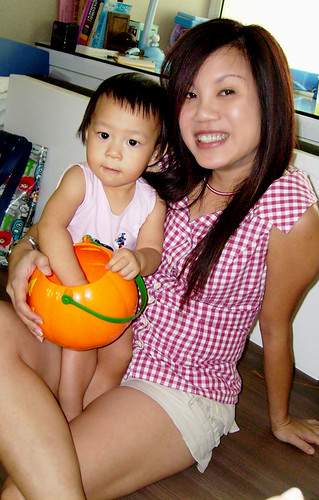