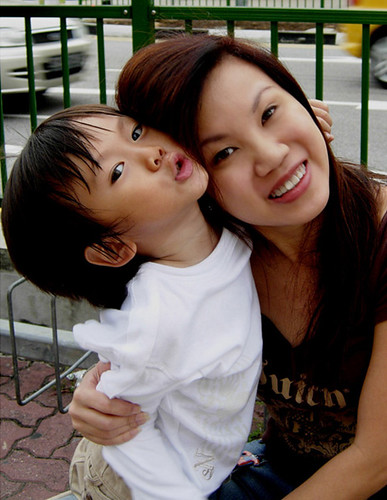 I've been receiving these kinda comments quite regularly from strangers,ever since the boy was a mere babe. Lately, I seemed to be getting more of such remarks. Most said he looks kinda japanese which I reckon,is a compliment since the jap kids i've seen are really adorable. I guess it has to with his brown longish-hair and to a certain extent, his tan.. which is the result of his regular swimming lessons.

Decided to have his hair shorn off. Had no choice but to leave it long because of his filming which ended on Monday. Thought to myself..maybe I'll receive less of such comments then.. 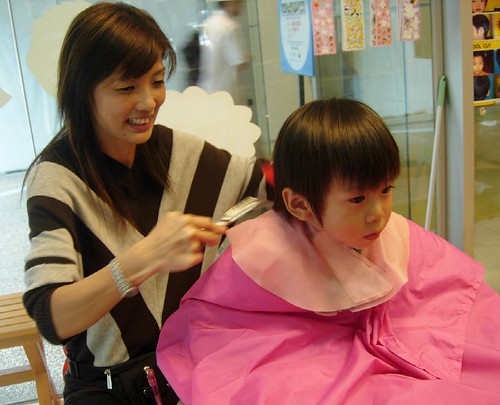 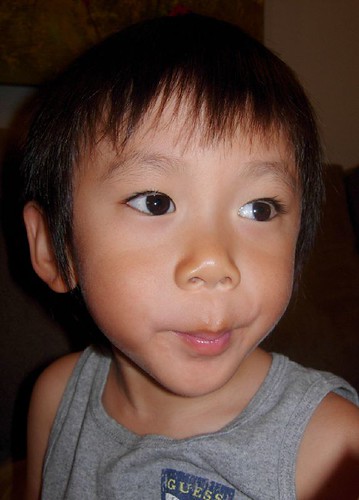 After the hairstylist was done with the haircut, she turned to me and asked "Eh, your boy looks Japanese! Is your husband one?"

Kua kua..
***************************************
Aidan's film shoot finally ended much to our relief. He had so little scenes but those shoot required him to be on the set from 7am to abt 4pm on Sat and the entire morning on Monday. Thankfully, the boy had tons of energy and managed to complete most of the scenes without much hiccups. He also grew quite attached to some of the cast and crew and enjoyed hanging out with them when it wasn't his turn to be in the scene. The most tedious part was the waiting..Deep down inside, I was cussing the director for not shooting all the kid scenes first but I knew I was being irrational. The various scenes required different locations so it wasn't possible. Was really glad when the last scene was shot!

There was one scene which cracked me up. His screen mom had just grabbed him from the playground and was admonishing him in mandarin for only thinking of playing."你要听你妈妈的话..okay?" she said. Aidan stared at her and went "You are not my mommy!" He turned towards where I was standing and pointed at me "there! that is my mommy!", he exclaimed.. Alamak! Marc the director had to instruct him not say anything but "okay", which he managed to for the next few takes.
Some pics taken at his film shoot.. 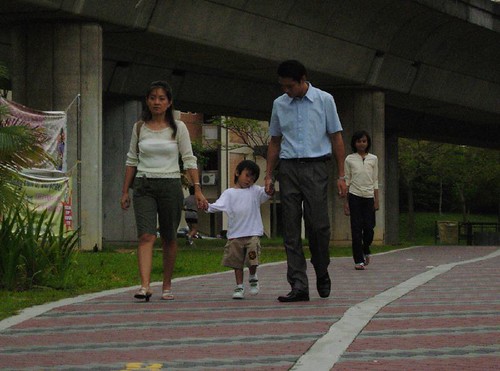 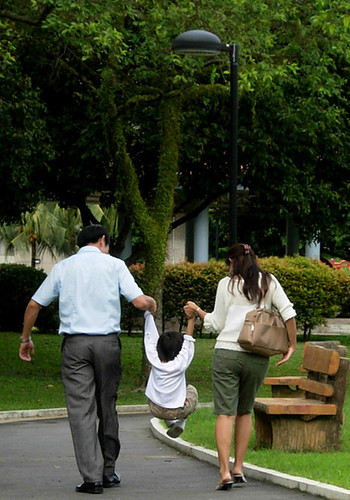 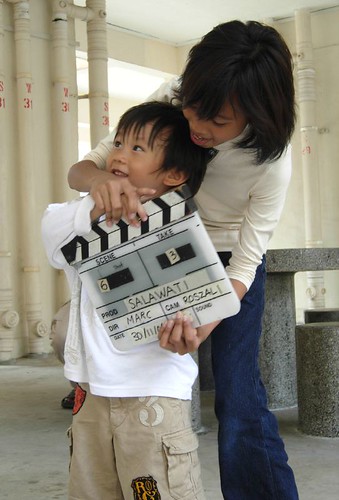 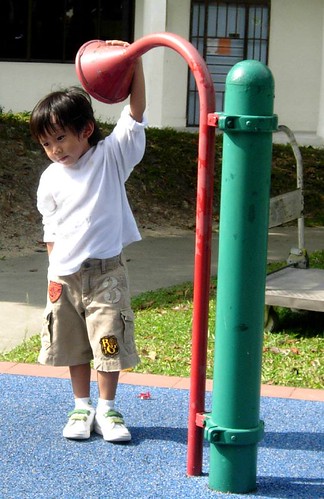 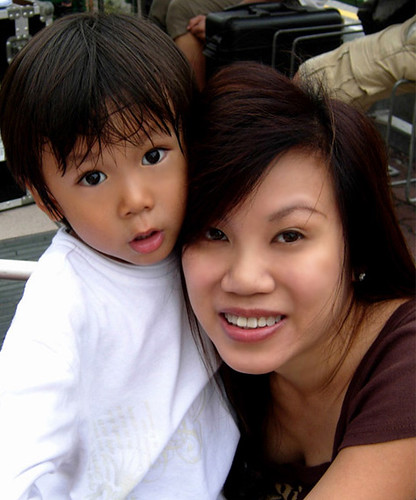 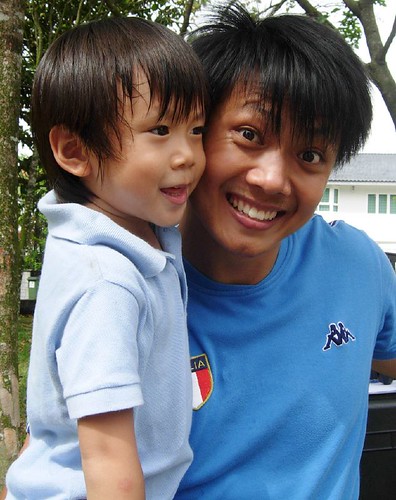 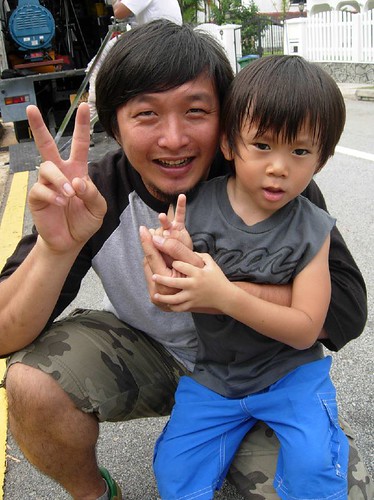 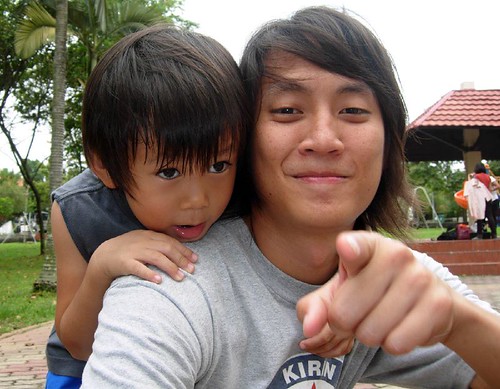 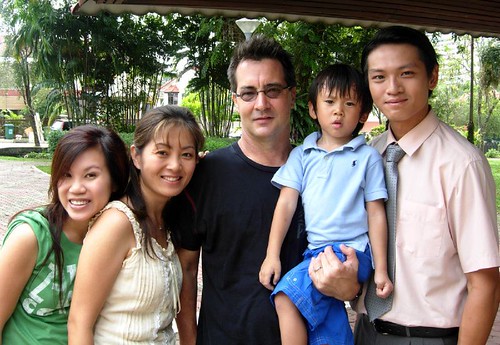 ************************************************
Some of you guessed that I was the Angelia Lee that was quoted in the recent Sunday Times and smsed me abt it. The article was written by an intern who'd gotten my contact from Belle,her colleague, who used to intern with TNP. She badly needed someone who was willing to be quoted for the article and so I agreed (colleague mah). I did tell her that I thought I wasn't suitable because I didn't think I'm considered that extravagent or extreme (I know of parents who are spurge more on their kids and put their kids in many more enrichment classes). Also, I told the writer that I didn't wanna come across as boastful. The writeup was done quite a while back and the intern is no longer with SUT.