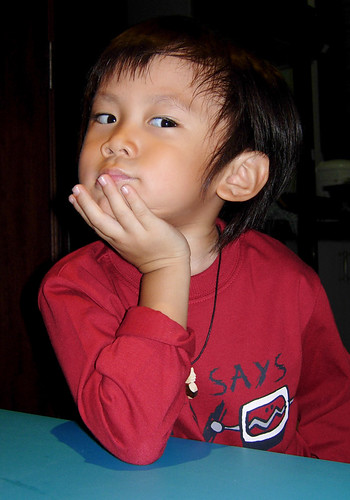 I wanted to write a New Year resolution entry..but I was too lazy (and bloated) to start on it. I thought heck it lah. Action better than having it in black and white. So I finally broke in my new pair of Asics which I'd bought abt 2 months ago! Called hub as I was on the way home from work..

Heh, he came home early so that we could jog together. I think he was amazed that I was the one suggesting it because he's been bugging me to run with him for the longest time but in vain. The last time I 'really' jogged was probably abt 20 years ago when I was still in school. Haven't really been exercising much cept for rollerblading but I hardly break into a sweat with that. I used to be able to run pretty well..was a school long distance runner. Took it really easy and ran a mere 2km which was the longest distance I'd ever run in the past 2 decades. 2km is chicken feet for most pple but it sure wasn't an easy feat for me..was panting like crazy after the run. But it was a good start and man, I'm aching all over now. Think I'll try to see if I can do it at least 2 to 3 times a week..Am amazed at how some of you guys are able to run the marathon *kowtow*! My aim is to see if I'll be fit enough to join some of those runs that SPH supports (eg. Bull Run, Standard Chart). Hmm, just wondering..is it better to run before a meal or about 2 hours after it?

So I guess it's pretty obvious what one of my resolution for the new year is..not exactly to lose weight [ though I wouldn't mind losing another 3kg so that I can get back to my pre-pregnancy weight]. What I do resolve to do is to have a more healthy lifestyle which should include exercising more frequently and hopefully, get more toned. I'm super flabby man.. I guess I could also try cutting back on my coke [the drink, not drug] intake ..& cigs too..I'll try lah, no promise :P

Have been reflecting quite a bit on many things - health, finances, religion. Am thinking that I should be taking better care of myself since I'm not young anymore. Gonna be 40 in 2 years time..damn scary man! I may look youthful *coff* but I certainly don't feel it..
Lotsa pics since I've not blogged for quite a while..
These were taken at Christmas eve at my place =) 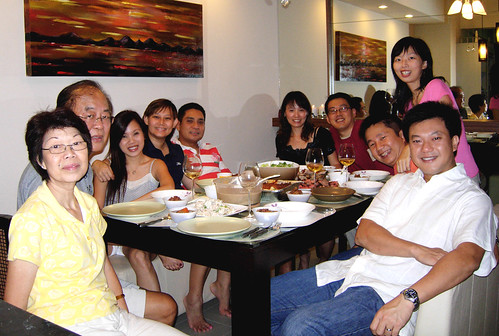 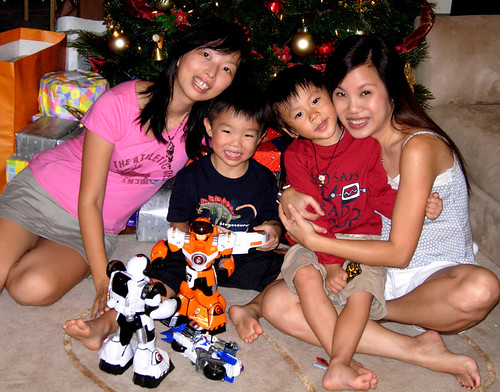 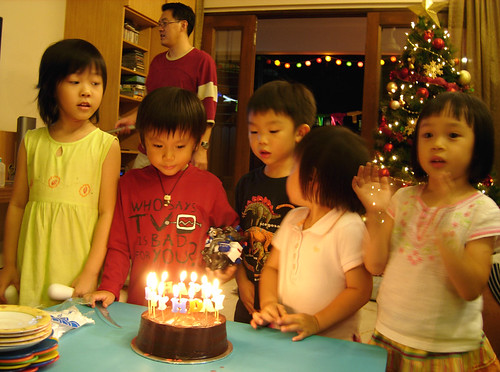 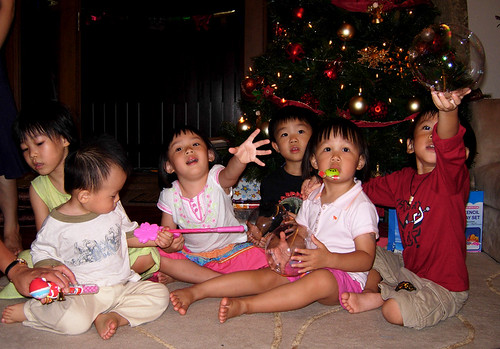 The whole family including Nenita went for a short cruise to KL during the pre- New Year break..
Our first time on a cruise actually. 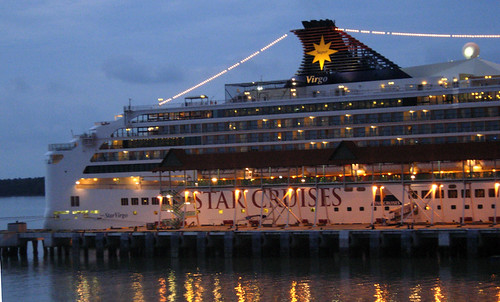 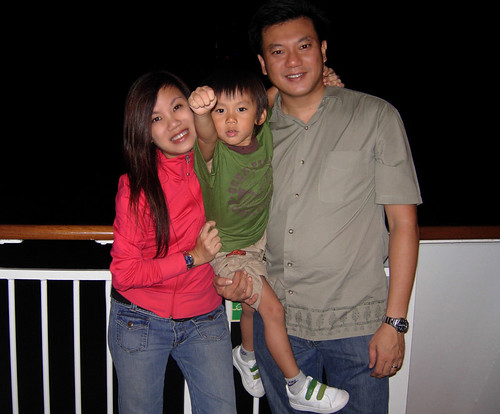 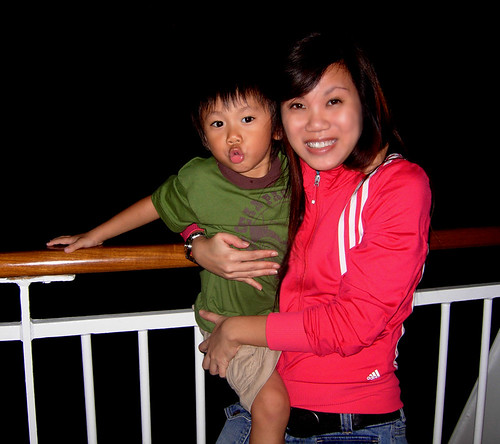 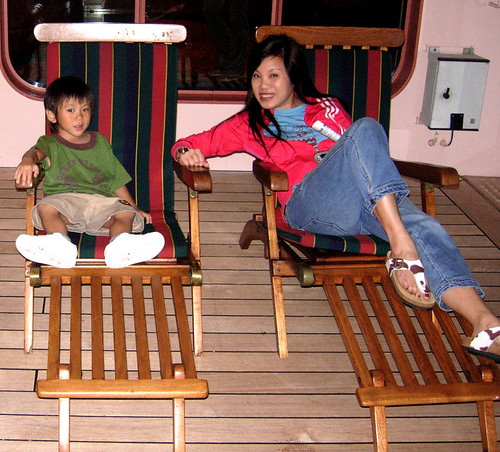 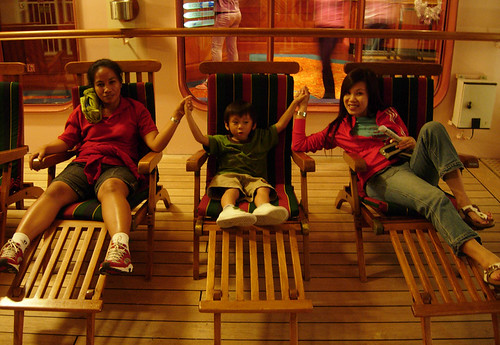 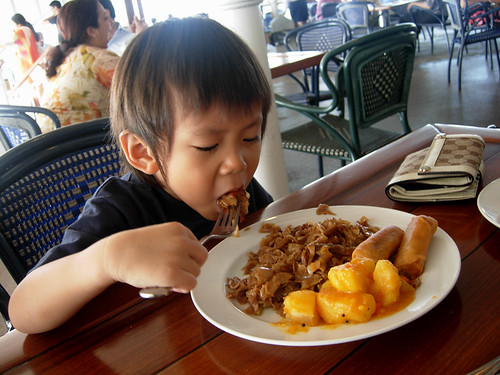 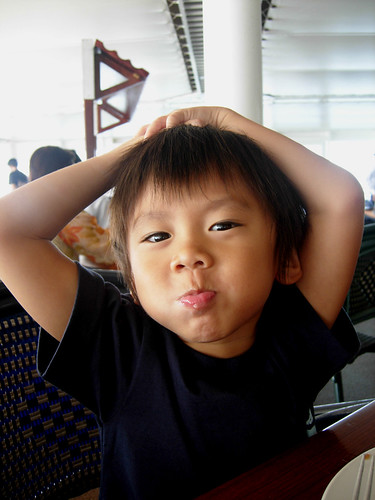 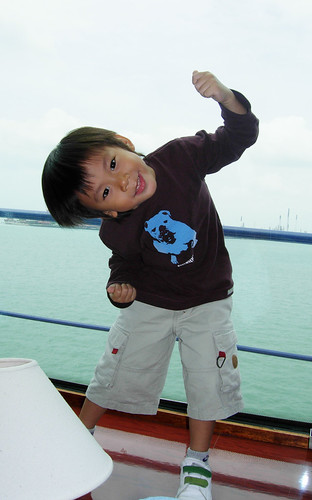 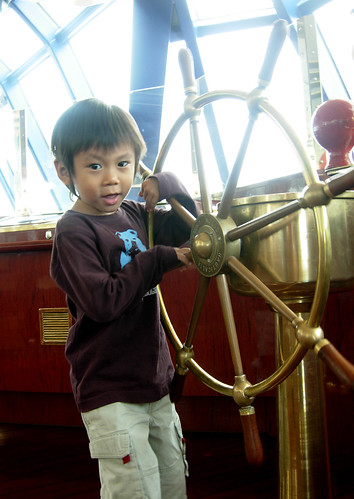