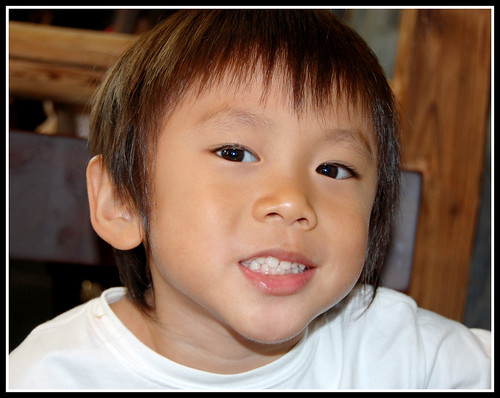 We were at Rasa Sentosa having a meal at the coffeeshop. Aidan was his usual hyper self, grabbing our cutleries and insisting on getting down the chair.I got really frustrated and told him off. Then our food came and the boy finally sat still and tucked into his meal. A while later, this elderly ang-po couple who was sitting just a few tables from us walked by and stopped next to us. They beamed at the boy and said to us "We couldn't help but notice your boy from our table. You've got a really cute boy there! And he's so well behaved!" Both hub and I were quite taken aback because we were just discussing about how unmanageable Aidan was becoming. We could only offer them a lame thank you. On cue, Aidan smiled at them brilliantly and waved to them with his fork still in his hand...

I guess sometimes, we can be overly-critical of our own kids. Or maybe as parents, we tend to have higher expectations. Or it could be just me..sometimes, I do feel quite conscious about how others may view my kid. I don't want people to think that I've spoilt and indulged him too much, just because he's our only child. But the boy does exceed our expectations more often than not. His affable and easy-going nature really makes him quite endearing that it's tough to be mad at him..
**********************************************
It was Aidan's 2nd visit to the dentist. The previous time, all Dr Kwok did was to peer into his mouth, examine his teeth to check for cavities and that's it! This time round, we wanted to let him get the full works - cleaning and polishing! Again, we weren't sure how he would behave. Had him observe his dad having his teeth checked by Dr Kwok first..Told hub to look as happy as he possibly could :P

Dr Kwok has been hubby's dentist since he was a kid and even though he's quite elderly now, he's still hasn't lost his touch and is great with kids. He had Elvis Presley playing on his CD player and Aidan and I were jiving and singing along merrily to the music . Heh.. Dr Kwok was surprised that I knew the lyrics to most of the songs even though Elvis was way before my era. When it was Aidan's turn, the boy quickly hopped right onto the chair and unlike the last time, he was totally at ease and showed no signs of anxiety. Dr Kwok used the "tell-show-do"technique where he would inform Aidan what he is planning to do, show him the tools that he will be using, allowing him to touch the equipments and then perform the task. I think it's a great way to make the kids feel comfortable..

"Above average! Well done!" declared Dr Kwok after he was finished with Aidan's teeth. The boy was happy when he heard that and promised to continue brushing his teeth dilligently. Atta boy! :) 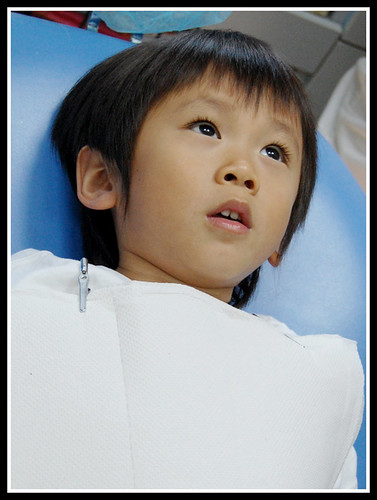 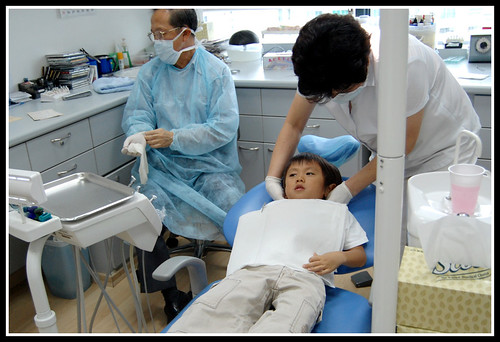 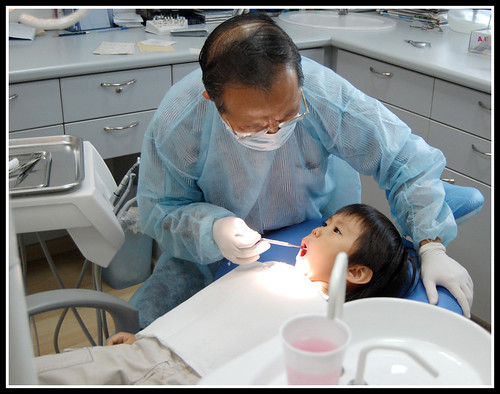 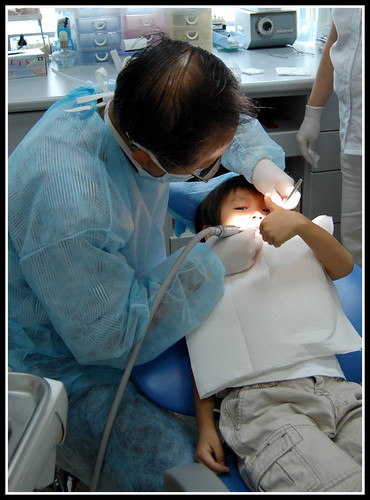 About a week ago, we realised that one of Aidan's eyes seemed slightly swollen. The swell subsided a little but it seemed to swell up again a few days back. On touching his lids, I felt a small li' lump and realised that there is a cyst right under his right top eyelid. Brought him to the doctor who confirmed that he had a meibomian (also known as the chalazion) cyst. Doc said it was quite a big cyst and didn't seemed to believe that it has only been a week since it developed. Anyway, he prescribed an antibiotic eyedrop which will hopefully make it subside. But if the cyst still remains after a week, the doc will refer us to an eye doctor to get the contents of the swelling removed by doing a simple (but unpleasant, esp if it's a kid) operation. I'm not sure how Aidan will take to such an op man...

Hopefully, the eyedrops will work..Most cysts apparently do resolve spontaneously. 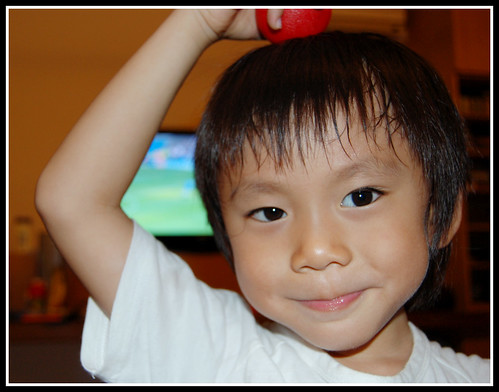