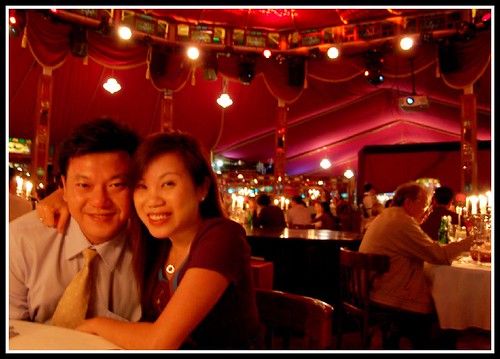 Had a wonderful time last night at the The Crystal Mirror, a dinner theatre show held at The Padang which features the mastery of world talents in music, dance, gymnastics, precision sports, food and beverage, artistic magic and mystery – all showcased in an antique mirrored tent handmade in the 1940’s. It premiered last Friday and 'coz Life! was the official newspaper, we had VIP tickets.


Even though our seats were just right next to the stage, we saw mainly the back of the performers because they were facing the other side most of the time..but it didn't mar my enjoyment of the show. Maybe I'm just not a food connoisseur but the much raved four-course haute cuisine didn't exactly rock my palate. But at least the main course, quail stuffed with foie gras and one of the selection of viennese desert, the sachertorte kinda made-up for the imo, so-so fare.

The food was definitely outclassed by the entertainment. My favourite artist of the night was Tom Noddy doing his Bubble Magic. It was simply delightful and magical just watching his soap bubbles creation - caterpillar bubbles, smoke bubbles, ♥ bubbles and even cube shaped ones. Apparently, he'd recently appeared on David Letterman show and flew to Singapore immediately after that. 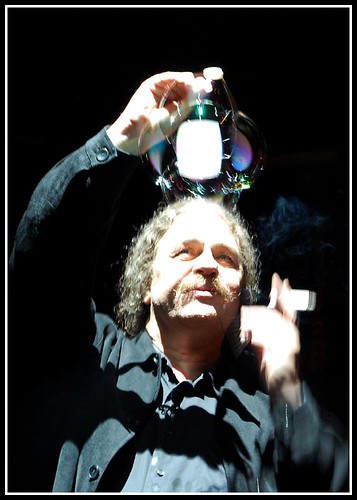 Here's a short segment from his performance..

Found the clip of Tom Noddy at the David Letterman show on Youtube. The routine is exactly the same as the one in Crystal Mirror so if you are planning to attend the performance, you may not want to watch this yet. But it is definitely better to see it live!


Another fave of the night was the very eye-catching male duo - The blonde-haired Ceasar twins..with their skillful and somewhat homoerotic acrobatic performance. They performed 3 segments in total including the finale act which has them cavorting sexily in a giant fishbowl.

More pics of the show below..I didn't use flash so some of the pics came out quite blur.. 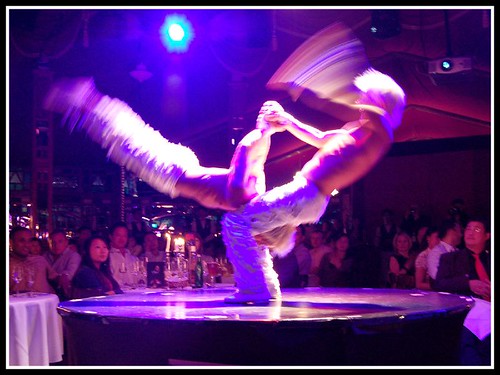 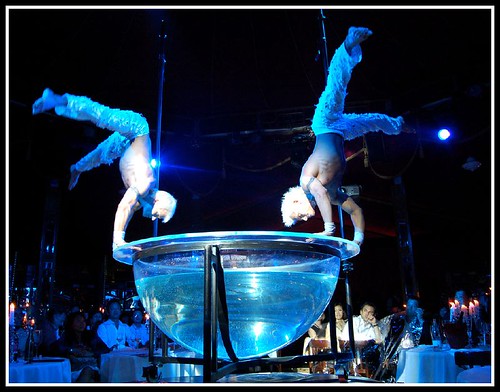 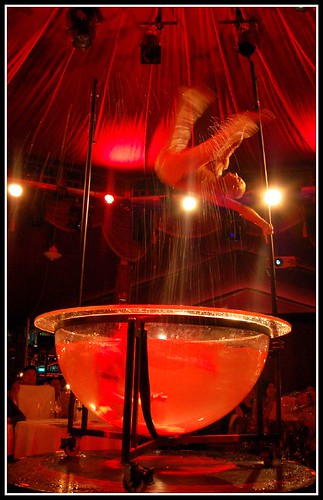 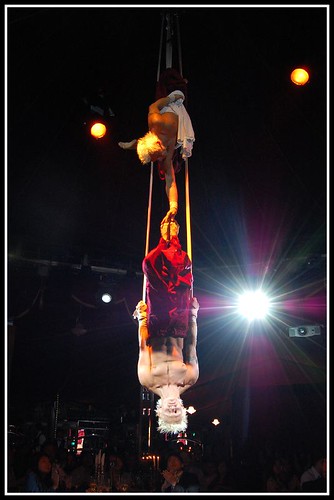 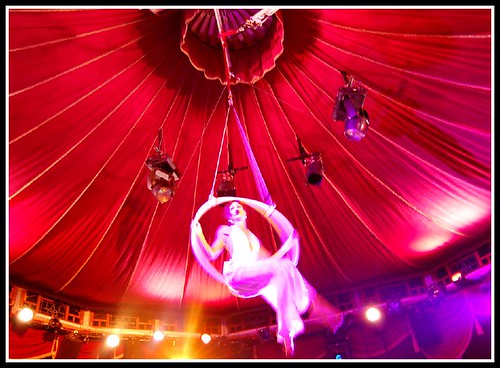 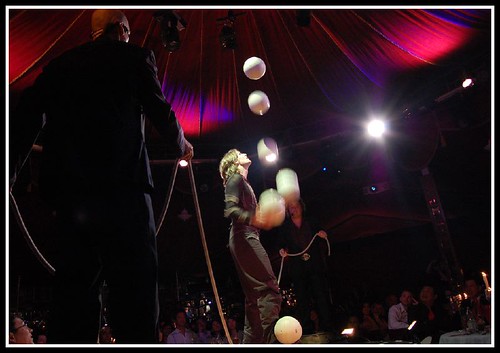 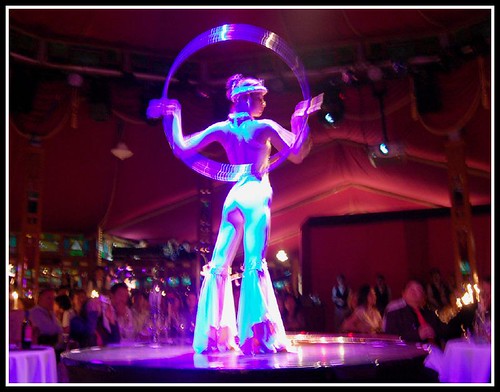 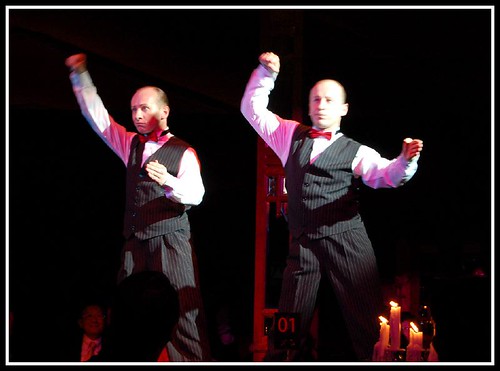 The hilarious Roman and Slava, the tap dancing twins! They were tap dancing on a table that was occupied by guests..!

There were some humourous and nonsensical sequences too..some of which I'd managed to videotape..

Have shown you just a little glimpse of what the show is like..the dinner and performance was actually about 3 1/2 hours long. The show will be in Singapore till the 15 April after which, it will be moving on to Hong Kong, Jakarta and Taipei so for those who are interested in catching the show, it's not too late!