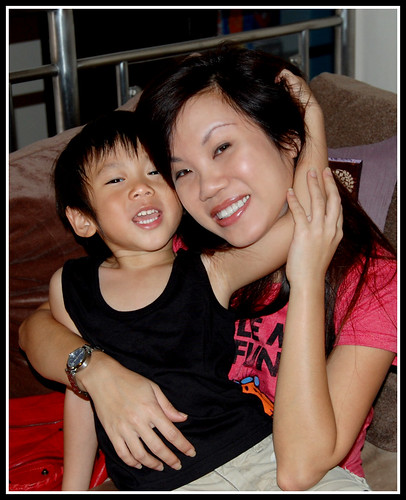 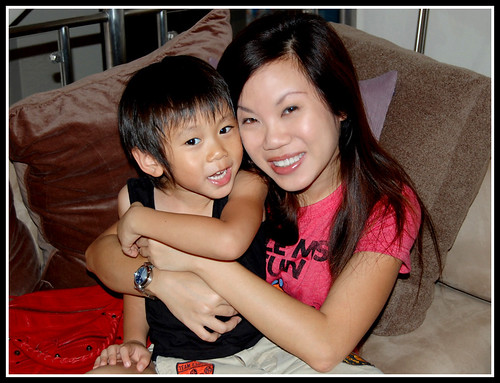 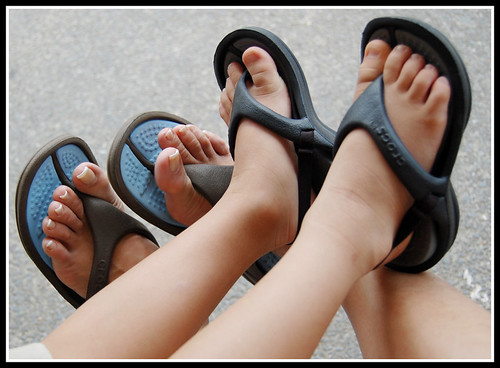 he has really tiny feet..! 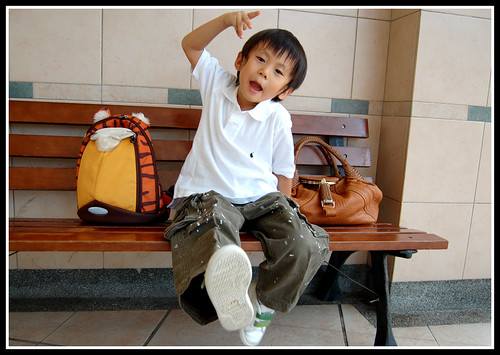 Yo man!
Took 2 days off from work last week to spend some time with the boy since it was the school hols,which is why there's tons of pics of him and us. I used to think 21 days leave was quite a lot and had problems clearing my leave. Not any more. Nowadays, when I'm not that swamped with work, I'll just take half day off to be with him.In a way, I'm just trying to see if I can be somehow more 'involved' with him. Maybe it's because as a wohm, I sometimes feel that I'm missing out just coz I'm not around most of the time. Just being able to bring him for his swim lessons once in a while and witnessing how much he has progressed makes me happy. Sounds a li' silly eh..

************************
Aidan loves having company! When he knows that friends are visiting, his face will light up and will constantly ask me when they are arriving. I guess it's probably because he's an only child and has to play alone most of the time. And he's sociable by nature too!

That is why I've signed him up for various activities in the afternoons during the weekdays after kindergarten. His kindergarden classes are from 8am to 1.30pm from Mon to Fri. Here's what his weekdays schedule look like.

Some may think that I'm just being a kiasu mom, overloading my kid with tons of enrichment classes and robbing him of his precious childhood. But honestly, if Aidan had shown any signs that he abhors attending any of the classes, I would have allowed him to discontinue them. But he truly enjoys these classes. Ironically, one way of 'punishing him' is by threatening to withdraw him from them (eg. "Keep your toys NOW if you want to go for Berries class later!")

Best part I'm sure is that he gets to see pals regularly as a result.

June's Ryan are in his swim class and the 2 boys are also signed up at Berriesworld.

Swimming Class with his pals.. 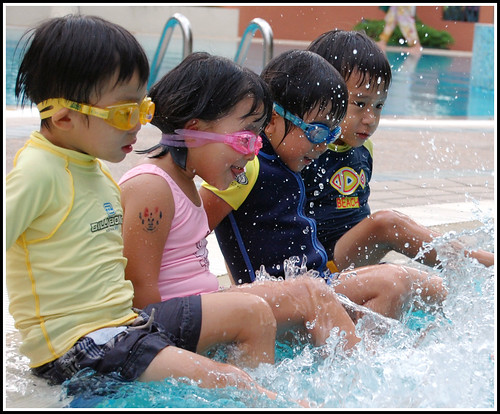 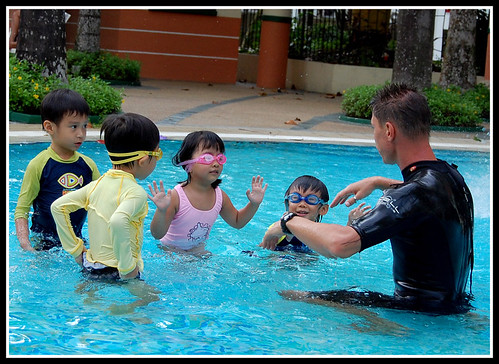 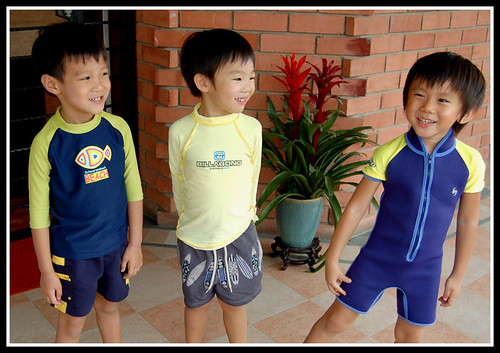 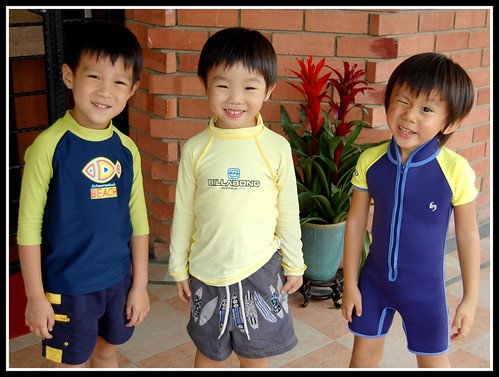 Aidan...on his way to his chinese class.. 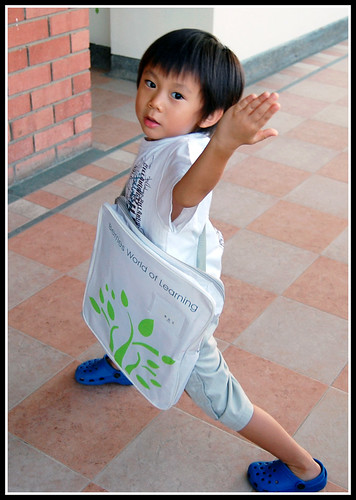 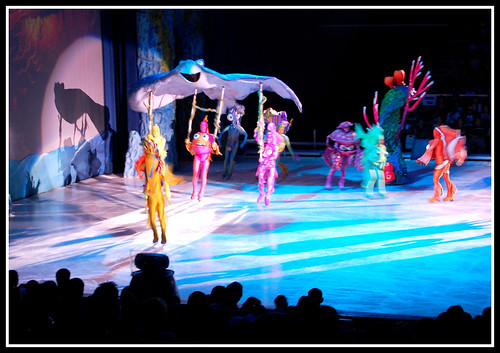 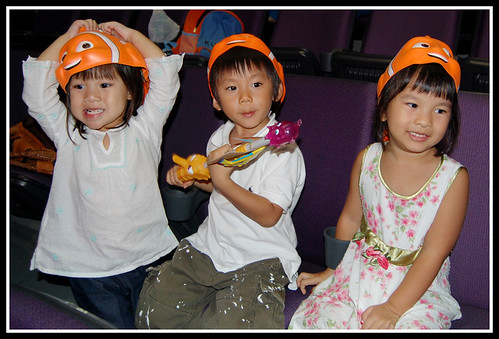 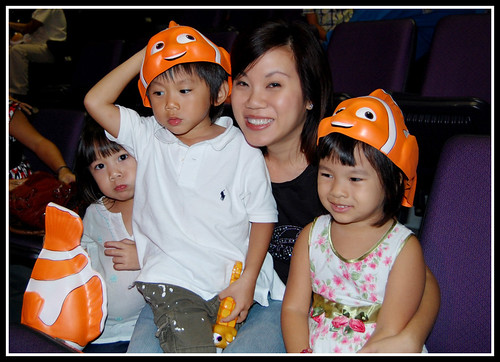 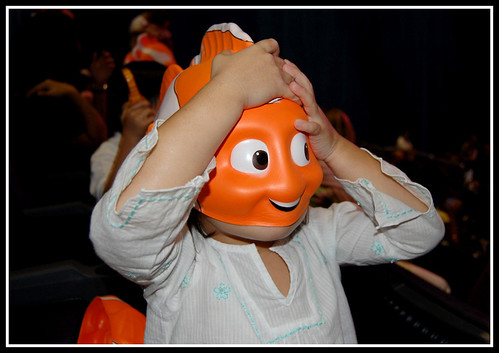 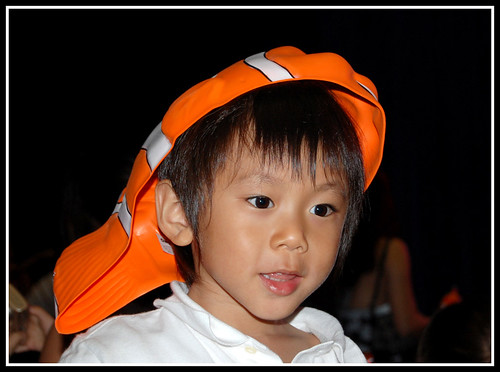 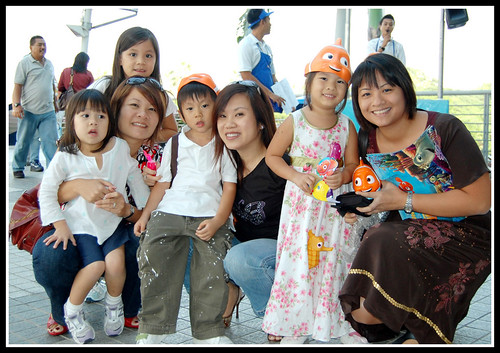 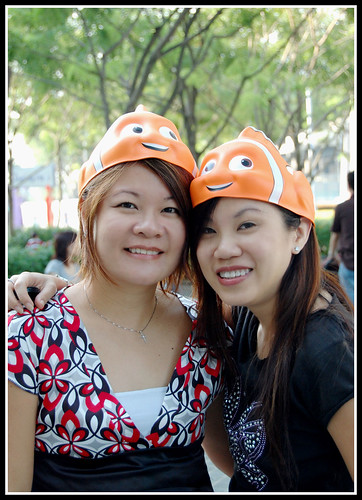 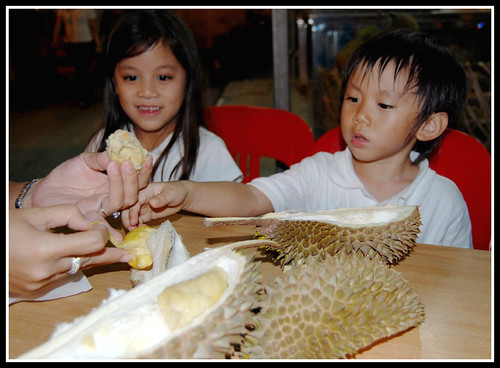 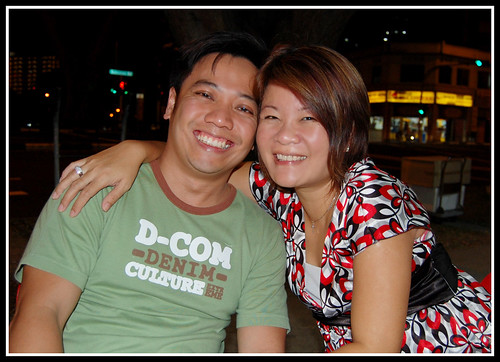 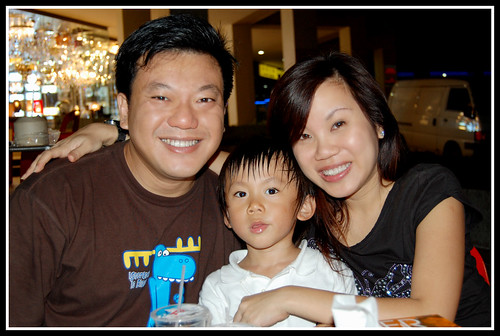