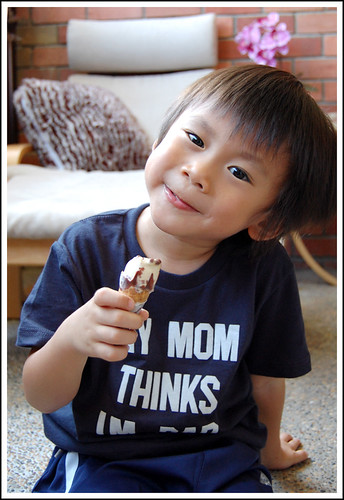 Let's see who can guess what the words on his tee are..:P
Alamak..how can any of you think that I'm evil enuff to buy a tee with the words
"Mom thinks I'm bad" for my boy :P 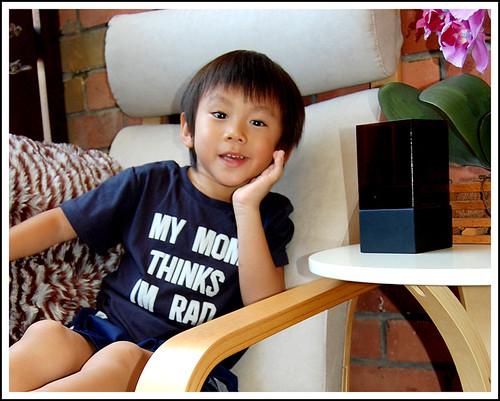 Rad :Really good or exciting, cool, hip, awesome.Abbreviated from radical,
a term of approval amongst the young Californian surfers in the late 60s 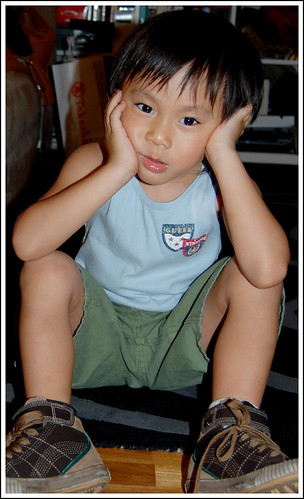 "P punched me!" the boy said, as he rubbed his cheeks miserably.

I asked him what led to it. The boy kept silent and after a long while, he finally muttered "Because P is very naughty!". The boy seemed rather embarrassed so I didn't want to pursue it. I found out later what actually transpired in school. P & Aidan were apparently playing Round & Round the Garden together. Aidan didn't mind it when P tickled him but when it was Aidan's turn, P wasn't happy to be tickled and he showed his displeasure by punching Aidan in the face.

P is Aidan's classmate at Kinderland. I've seen the boy before. He's actually smaller-built than Aidan but my boy is scrawnier. When I queried the teacher about it, she said that P has always been on the rowdy side and tend to be rather aggressive with the other kids. When he first started at the school about 2 years ago, he was much worse, she claimed but he'd since mellowed down quite a bit. Aidan mentioned P quite often when he talks about school and he told me a few times that he doesn't like P because the latter likes to pinch and push him. Max, my colleague/neighbour's kid ( and also Aidan's classmate) told his dad that P no longer bullies him..and that Aidan is his new 'target'.

"And I told Aidan that he should punch P back the next time!" Nenita said.

My first reaction was that Nenita shouldn't have said that. Retaliation isn't the solution, I thought. And that he should be taught to be tolerant and 'turn the other cheek'. But yet, the boy also needs to learn to stand up for himself. I don't want the boy to be a wimp and constantly ends up being bullied. Aidan has always been an easy-going boy and I've witnessed incidents when he'll rather not be involved in a scuffle (when the kids are arguing over a toy). He'll step back and turn his attention to something else.

Will tell the teacher to more observant in school and to watch out when the two are together. I feel that the teacher should be more firm and put a stop to any bullying in school immediately. It does seem that she has 'accepted' the fact that P is an aggressive boy by nature and so, if any incidents like this happened, they will attribute it to his usual behavior and not make a big fuss out of it. I'm not so keen to speak to P's mother. My colleague knows her quite well and I heard that she's received her share of complaints from other parents and had disciplined her son accordingly. I guess she's already trying her best and sometimes, you really can't totally blame the parent for the behavior of the kid (really!). On my part, I will also will let Aidan know that he shouldn't be afraid to express himself and to speak up when he does get picked on. 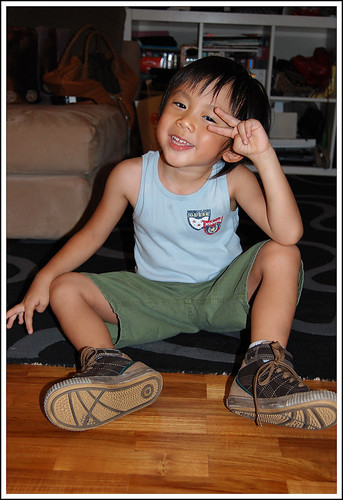