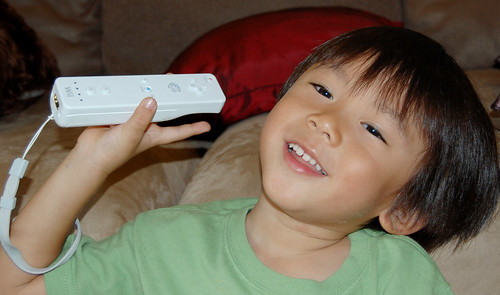 Heh, I finally got my hands on a Nitendo Wii! Most people i know who lusted for one had gotten theirs already. Been wanting one ever since I played it at the Augustin's! I told everyone that the game was for my kid which isn't exactly true :P Mentioned to hub that it's actually a good way of losing weight since we can both start on the wii workout diet..someone actually lost 4 pounds in 5 days! 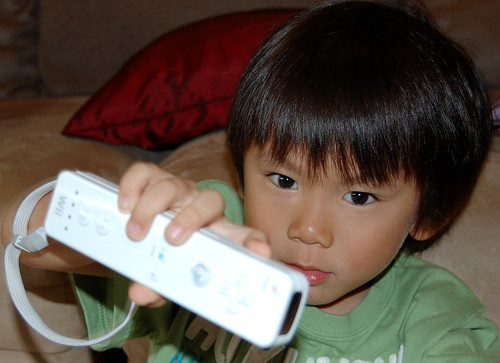 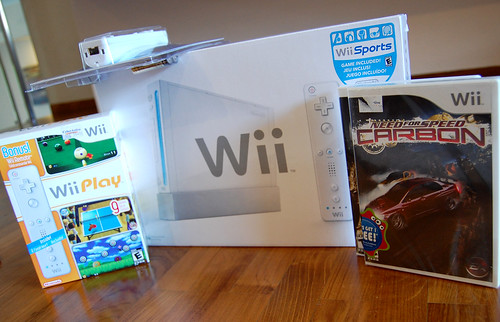 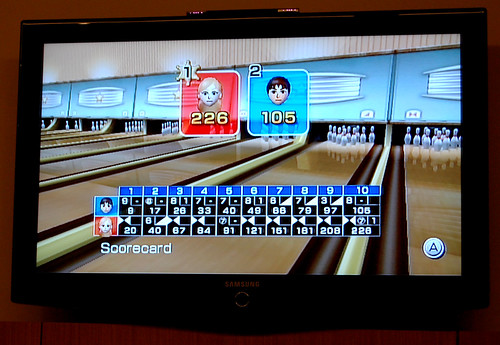 Heh..our scores when we played bowling! Hubby wasn't too pleased at the amount of strikes I had.
This definitely isn't a game for sore losers :P

Now here's the li' one having a go at it! 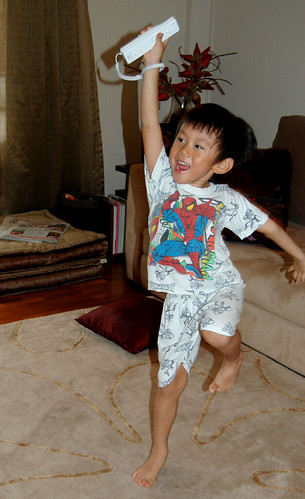 One of the games (Need for Speed Carbon on PS3) is a Father/Child challenge and there are still some slots available! Great prizes to be won too - much more than what the other gaming challenges out there! 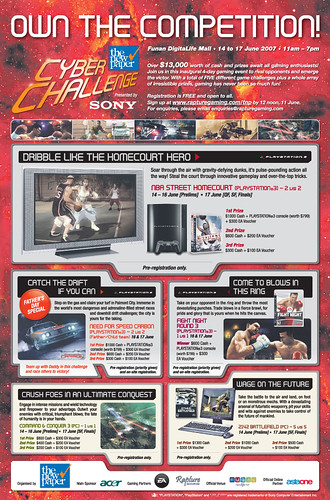