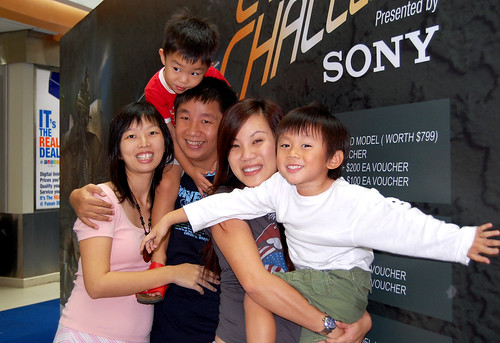 Jean's place for Aly's 5 year old birthday party."We come to support you lah!" June said. Thanks you gals! Too bad I couldn't attend the birthday party.

June's hub Gordon with Ryan also stepped up to the Playstation 3 - Need for Speed Carbon : Father's Day challenge which was held in conjunction with that special occasion. Father/Child can walk in today and register for the competition too - from 11am to 2pm! So far, I've yet to see any father/daughter pairing!

Today's the last day of the event..so far, so good. The past 3 days have been quite smooth. The traffic to the mall was constant and even the crowd at the event site during the weekdays were superb. Sponsors are happy and booth sales were apparently not bad. The event company Rapture have delivered so far. I have to admit that I'd been quite a bitch to them initially and the project manager, Weixiong kena-ed from me because I felt they were too slow in reverting. But they've been really prompt after that and have done a great job so far. Sometimes, I can be a real kancheong spider!

Ian has also given so much support,with constant editorial write-up not only for the event but also for the sponsors.. Anyway, this is my last event for TNP..Wasn't supposed to handle anymore TNP projects but my boss allowed me to complete it. I guess he knew I was reluctant to hand it over especially since I'd initiated the project. But my colleague will take over it next year so I have to concentrate fully on ST :P 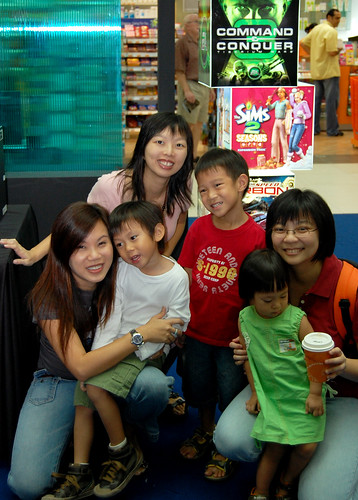 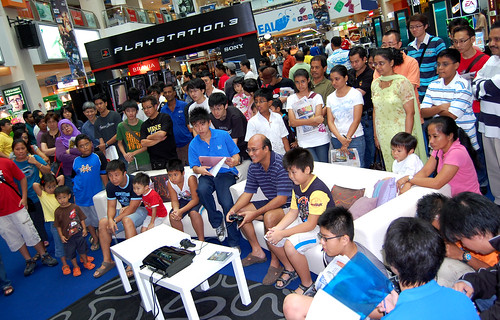 see that black rug..lugged it from my place because the 'living room' setup was so sparse..
brought over some of my sofa cushions too. 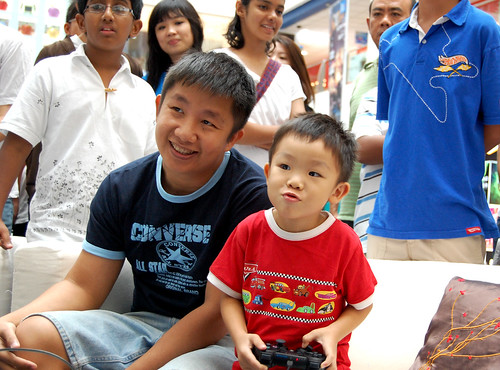 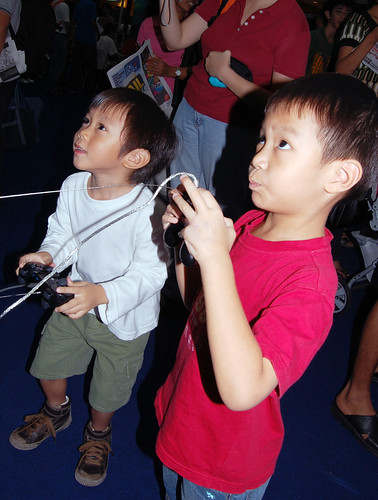 Both Aidan & Gabriel having fun~ 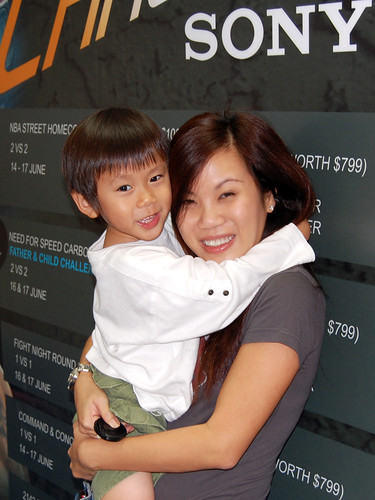 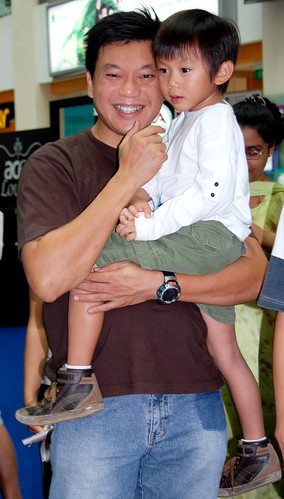 Yeah, today is Father's Day but I have to be at my event till quite late.
Hopefully, it will be wrapped up in time for us to go for a nice dinner!