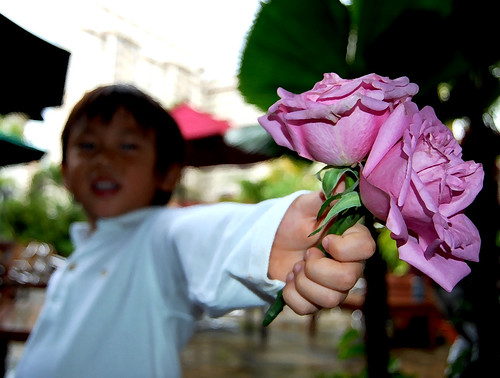 Was invited to Cheryl's (my ex-colleague from Mediaworks) wedding solemnisation yesterday. Yeah, 7.7.07 was apparently a very popular wedding date. The number seven is considered lucky and many couples all over the world had planned their nuptials to take advantage of the seventh day, seventh month of 2007 constellation. I'm guessing next year's 8.8.08 will be an even more sought after date.

I was super late. The invite card stated 10am. I woke up at 10am. Thankfully, it was held at at a roof-top restaurant at Holland Village, just 5 minutes away so I got there as fast as I could. Missed out on the ceremony itself (thus no pics of the couple :P). 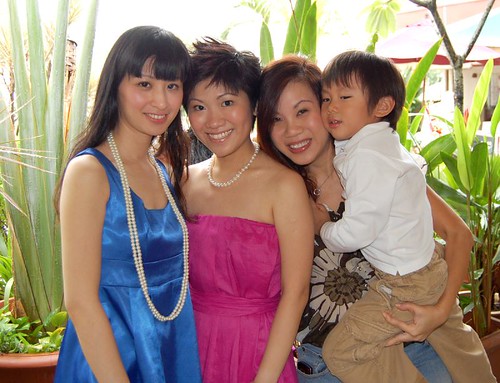 With the bride, Cheryl in pink and Ginger in blue, my kakis from Mediaworks days. 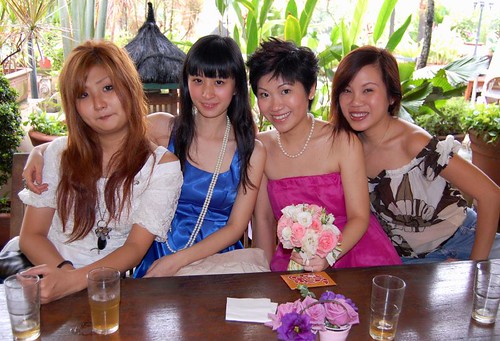 The girl on the far left is Ginger's niece visiting from Japan. She's actually 17 years old!! 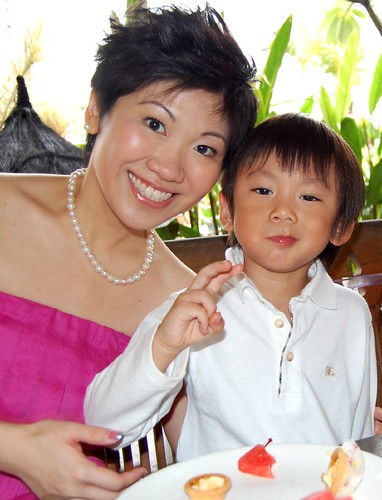 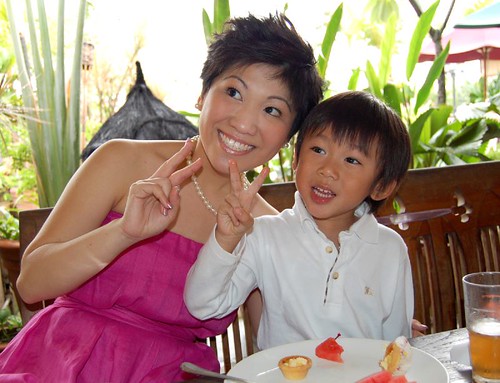 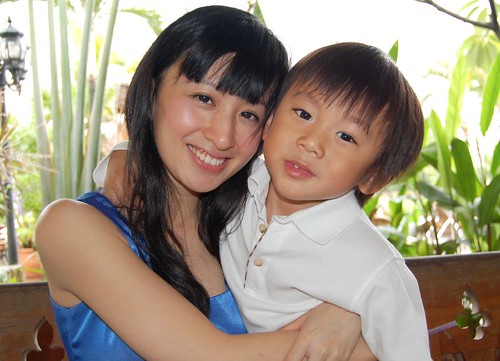 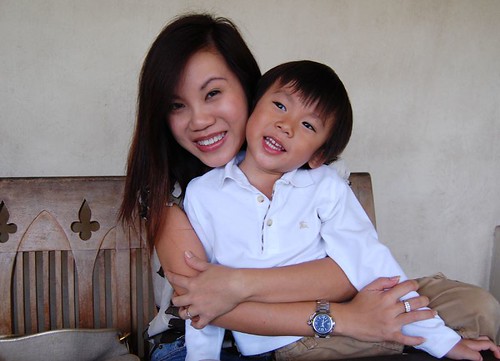 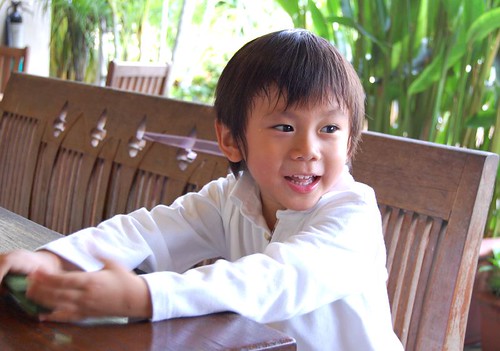 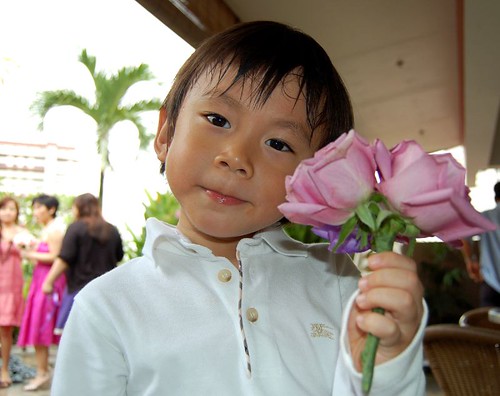 The month of July is also my birthday month (trivial alert - Harry Potter's Daniel Radcliffe shares the same birth date as moi) Yeah, I think every year about this time of the month, I'll write abt this. Can't help it lah - - the knowledge of getting older is kinda depressing. Karen Cheng wrote about her feelings of turning 30 and I can identify with how she's feeling because I've been feeling exactly that for the past few years (though I haven't done anything to achieve much). I guess what's worse is that I won't be in my 30s soon and reaching that dreaded 40 in 2 years time *awk*. Can't imagine myself as being 40 man! I still feel like (and behave) like a teenager at times. When I was a kid, 40 years old was like ancient! Come to think of it, so was 30! Yeah, I know people say that 40 is the new 30. But they also say 30 is the new 20! Aiyah, it's just a phrase used by the younger folks to make us old farts feel better.

I'm lucky that I don't look my age. Few days ago, I was out having lunch with a colleague and the drinks uncle actually called me xiao mei. I usually won't pay much attention because I was sure he calls every lady that. But he actually referred to my colleague who is younger than me as xiao jie. She was the one who pointed out to me that he'd greeted us differently.. "Do I look older than you?" she fumed. And there's this male colleague who likes to ask clients whom I'd met for the first time, to guess my age. Most of the time, they'll be diplomatic and deck about 10 plus years off and he'll then reveal my real age with such glee (crazy boy :P). I admit, it is kinda flattering when people do think I'm that young.

I regretted not taking good care of my skin when I was younger..I only started using all the full facial care range about 5 years ago but by then, the harm has been done already. Fine lines and wrinkles have started to appear but they are of course hidden with concealer and foundation (can't leave home w/out it :P). I've had grey hairs since I turned 30 so I'm not gonna lament about them. I'm only satisfied with my hands. Kiddy hands..that's what my hub calls them. My hands are really tiny and still smooth and without much blemish even though I haven't been taking care of them either. Have only started to moisturize them once in a while (when I remember :P) I think I'll probably breakdown and cry the day one of those brownish-age spots appears :P

I know I have a rather blessed life and I'm really thankful for it. So far, things have always gone well for me, sometimes without having to try hard. I couldn't ask for anything more really. Yet, that feeling of ennui keeps coming back once in a while. I guess it is inevitable that major milestones will trigger much self reflection and to a certain extent, depression and angst. Maybe it is just human nature to crave for much more..
Tags: birthday, wedding
Subscribe
Previous
← Ctrl ← Alt
Next
Ctrl → Alt →
Previous
← Ctrl ← Alt
Next
Ctrl → Alt →