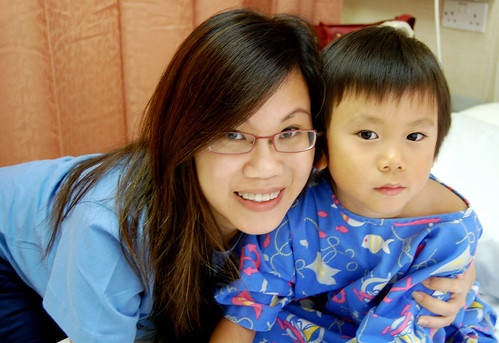 Aidan's entropion surgery was scheduled for this morning at 11am. I'd tried to postpone it due to the recency of my op plus that hubby is not in town..but Dr Khoo would be away on holiday leave from next week onwards and will only be back mid Dec.

Tried to explain to him what the surgery is for and I think he kinda understood when he told me when queried this morning that he's "going for an eye surgery so that there won't be eyeshit in my[his] eye anymore" (although that isn't actually guaranteed!). We had to wake him up at 5am in the morning for his breakfast as he isn't able to have anymore food and liquid from then till 11am.. By 9am, he told us that he was hungry and thirsty already..Thankfully, he accepted our explanation and didn't whine much.

He was in a good mood before the surgery..even when he was wheeled into the operating room, he was still so bubbly. Dr Khoo said most children usually get frightened at that stage. He was so pleased when the nurses were telling him how brave and handsome he was. I was to stay in the room till the anesthesia kicked in. Even though this was a relatively safe operation, I still had butterflies in my stomach especially when seeing him lying there on the bed trying to resist the lure of sleep..

The op was a success according to Dr Khoo and I could also see that his bottom lashes are now turning out/downwards..His eyes are slightly swollen and bruised but the stitches are not very obvious unless you look closely. The op took about two hours and when he woke up, he started retching and told us that he was in pain..Wanted us to get rid of a 'bad smell' and kept saying that he was hurting so much. He tried to rub his eyes too and we held his arms down to prevent him from doing so. He refused to stay put on the bed and wanted to be carried. Initially, MIL and Nenita took turns to do so (they didn't want me to do so as I was still hurting a li') but he kept turning to me and asking why I didn't want him..Had no choice but to carry him and tried my best to pacify him..and pretty soon, he fell asleep. Hurts so much to see him looking so wretched and miserable. We stayed in the post-recovery room for about 3 hours and was allowed to go after the nurses saw him eat and pee without problem (although he puked on the way out of the hospital).

He had a good sleep and when he woke up in the evening, he was much better and was soon his usual active self although the first thing he demanded for was strawberry icecream! Thanks for your prayers and to those who'd smsed me this morning asking about him..Am really relieved that it went okay. 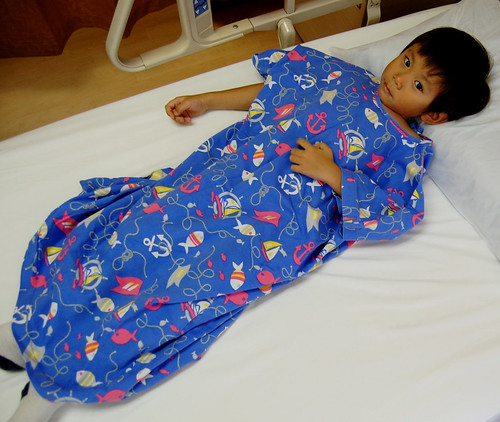 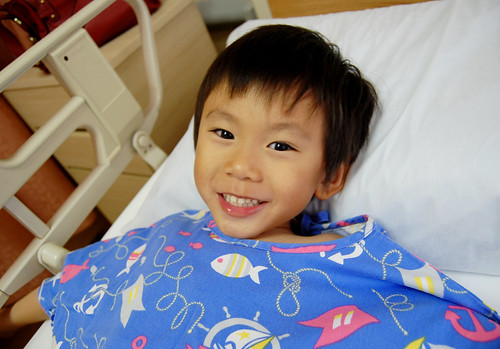 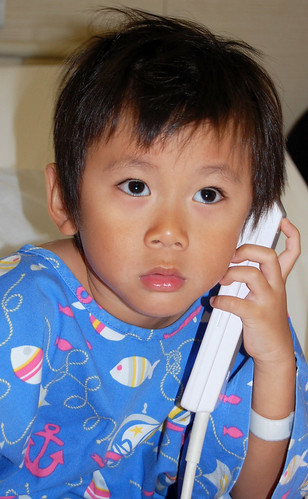 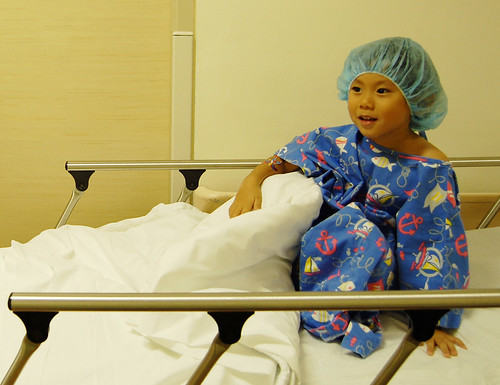 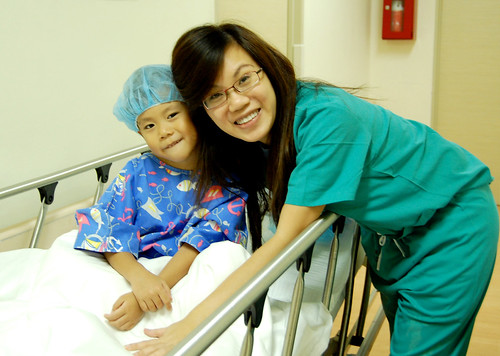 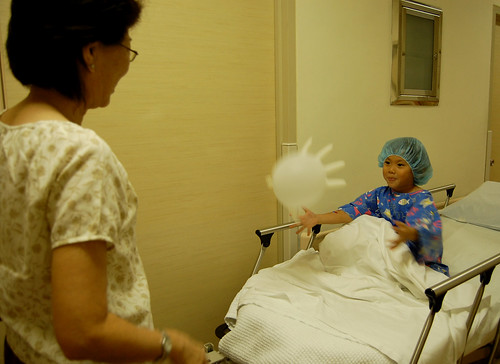 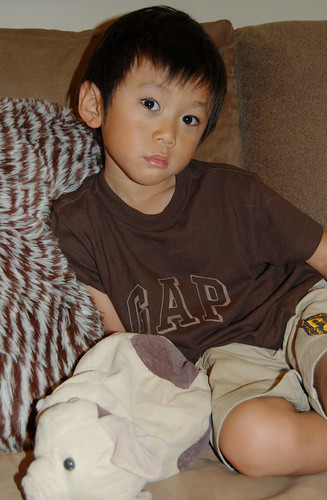