The boy sure lurrrves to gelek! Not sure whom he'd inherited that trait from. Actually, both of us enjoy dancing too :)

This afternoon at the Power Rangers Show at Junction 8, the little kids were all sitting by the stage awaiting for the show to start. There was some music played over the loud speaker and when the music from High School Musical came on, Aidan's eyes brightened and he immediately stood up and started dancing away. Gabriel, who was with him was hissing at him to sit down, tugging at his shorts several times (I think the poor kid was embarrassed to be next to him) but Aidan ignored him and continued to gelek away merrily much to my amusement. 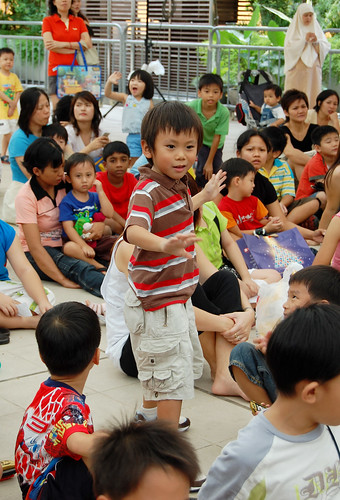 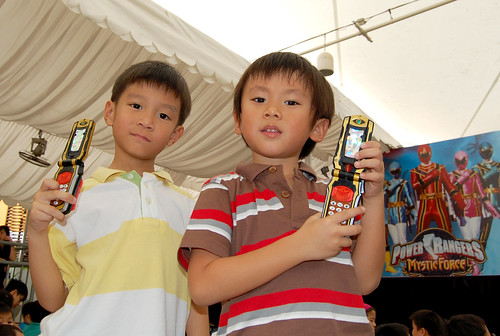 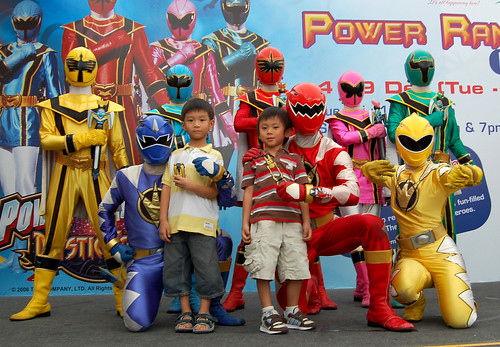 The red ranger looks as if he's threatening Aidan with that toy!

I didn't bring the camera that had the video function so I wasn't able to capture it but here's one of him taken several days ago while he was prancing around in my room :)