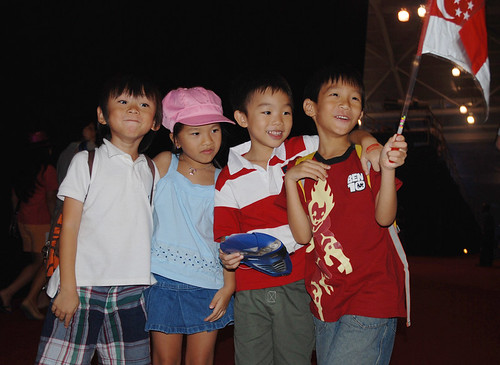 This week had been quite a stressful one for some parents since it was the balloting day for primary 1 registration last Friday. This year was a 'tough' year because the no. of take-up rate in the earlier phases were unusually high and thus the no. of spaces left over for phase 2B & 2C were much lesser compared to previous years. Only parents who had gone thru the Pr 1 registration for their kid would understand what I'd written. I was really quite blur abt it before but had a mega crash course early this year. One of the best place to get information on Pr 1 registration is at a site aptly named kiasuparents so for some parents whose turn has yet to come, checking out this website early would be a good idea, well that is if you want to be kiasu hehe!.

A few of my pals, like Jin and Corrina were vying for places at very popular schools like Nan Hua and Ai Tong..the odds were crazy. Nan Hua for example had only 20+ spaces and had over 80+ applicants (who lived within 1km of the school). That meant there was like a 1 in 4 chance during balloting. Ai Tong had only 40+ spaces for 60+ applicants within 1km applying for the school. Don't know why but I was feeling anxious for them too and was hoping that they would be successful in their balloting. And my prayers were answered and every of my friends' kids got into the school of their choice! Am so happy for them!

So next year will be another new phase in Aidan's life..Primary 1! Other parents had warned me that this is when the stressful times really start! I will try to take it easy and not give him undue pressure (pls remind me when I start lamenting about his grades on my blog)...which is one of the reason why I chose to put him into ACS, which supposedly focuses on a well-rounded education. Oh well, just gotta be mentally prepared I guess :) 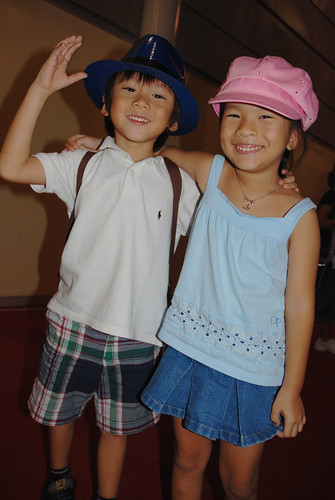 I ♥ these pics of Aidan with Alison..
They look so adorable together! 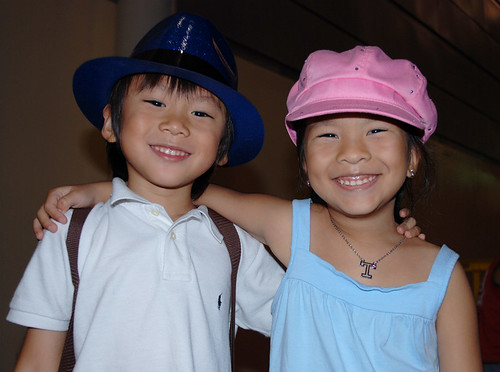 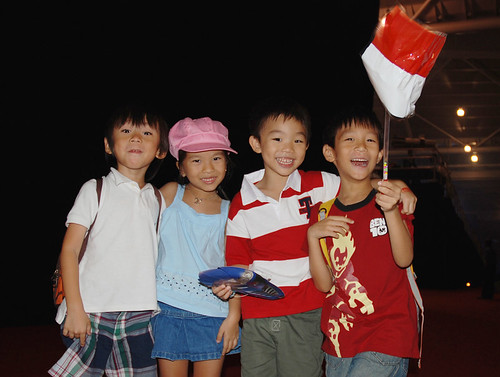 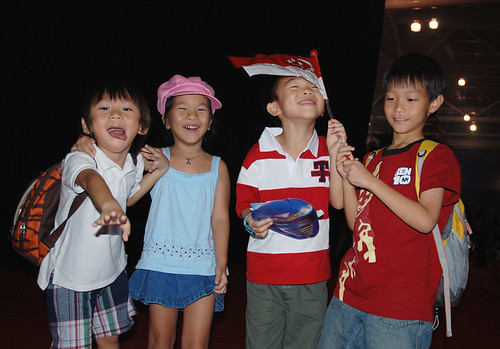 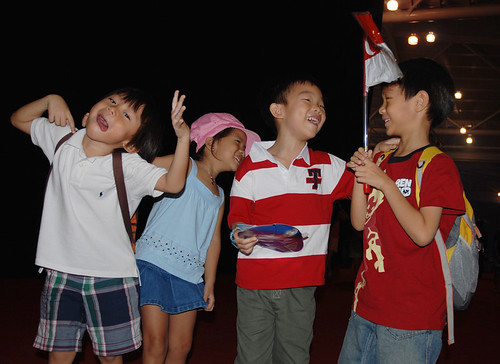 These pics were taken of the kiddos at the High School Musical : The Ice Tour yesterday at the Expo..It was actually the second time that Aidan and I were watching it as I was invited to the media preview earlier on opening night. But I enjoyed it better the 2nd time round because we had better seats (side view better than frontal view!). I actually know the lyrics to all the songs ('coz Aidan watched the DVD gazillions times!) and was singing along to most of the catchy musical numbers. Could tell that the kids had a great time too, even Ryan who wasn't a High School Musical fan. if you ask me, I'll say the show is definitely worth watching..they showcased music from both High School Musical 1 & 2. The choregraphy was great and they somehow managed to keep many characteristics of the orginal dance moves from the tv show which I think ain't easy especially since it's on ice. The skating was not bad (definitely much better than Disney on Ice) even with the occasional stumbles. And the tickets ain't that pricey either!

Here's some pics of the show mostly taken by 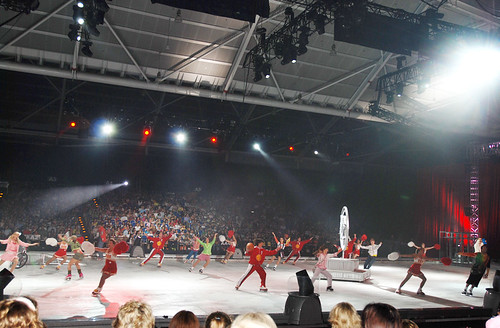 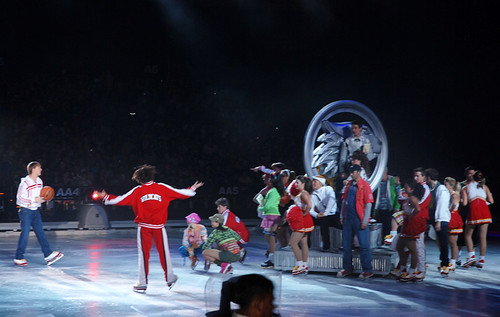 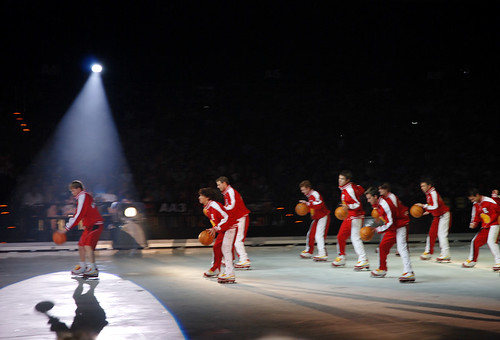 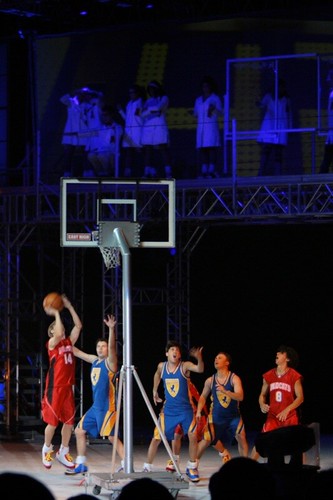 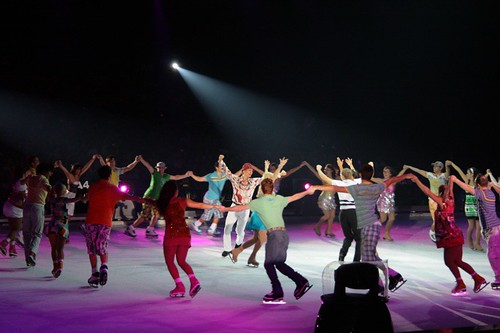 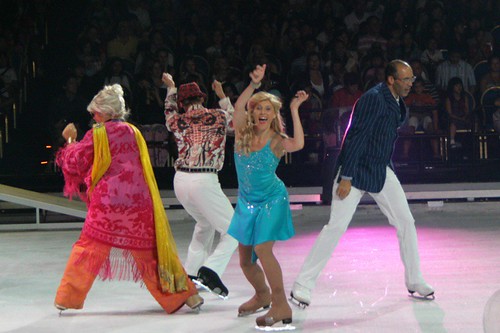 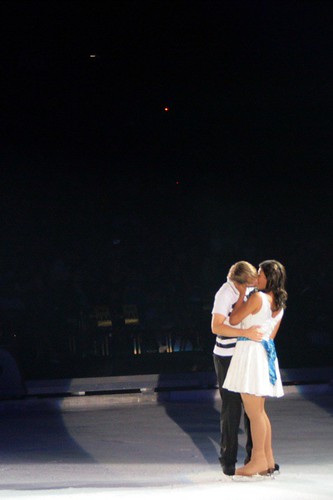 Last batch of pics which was taken in the last 2 weeks to end my post:)
Yeah, it's been a while since I updated so tons of pics!
@the NDP Preview last week 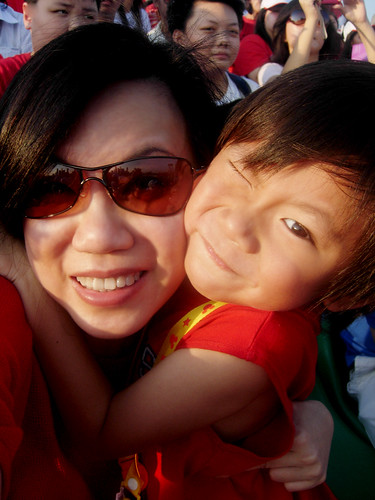 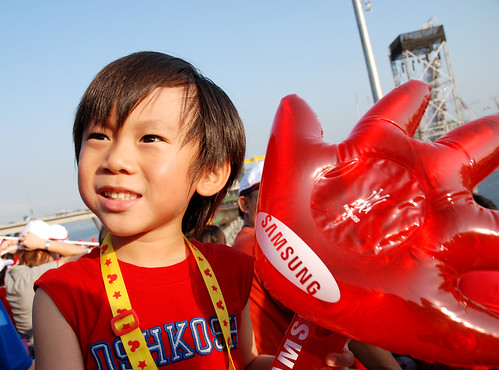 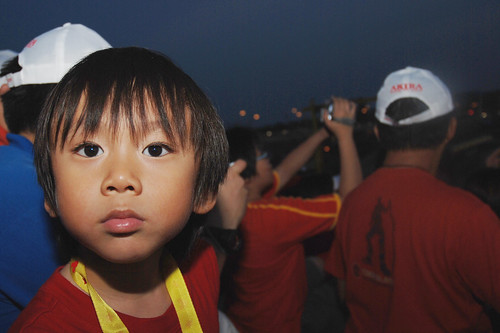 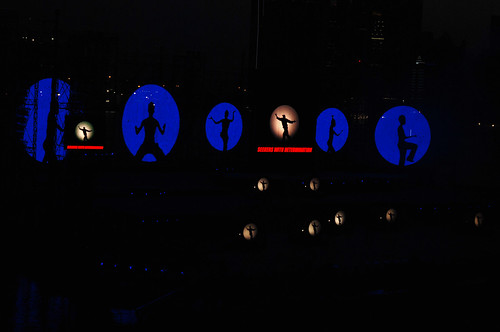 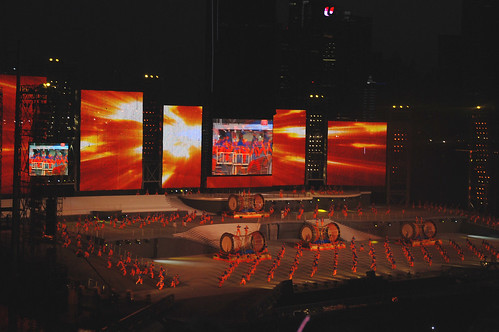 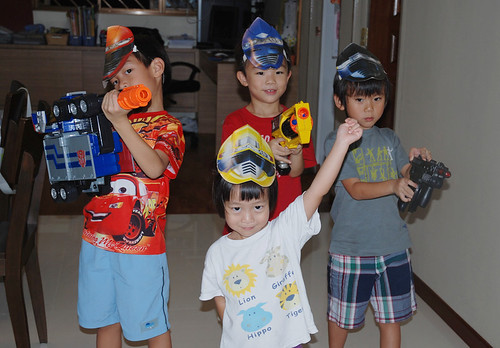 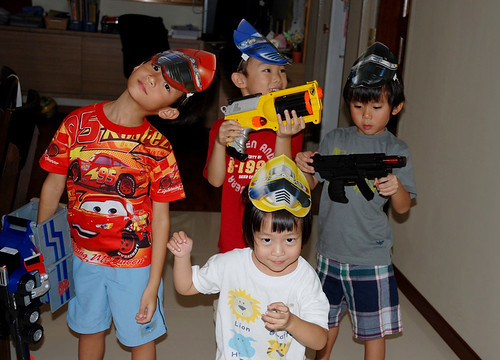 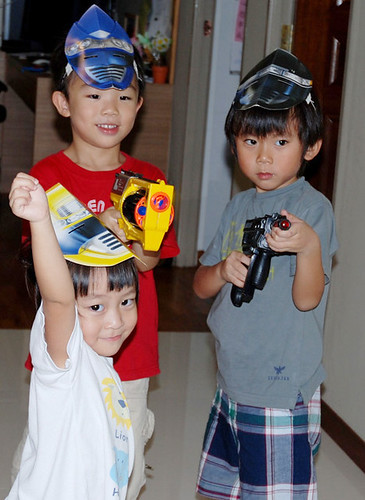 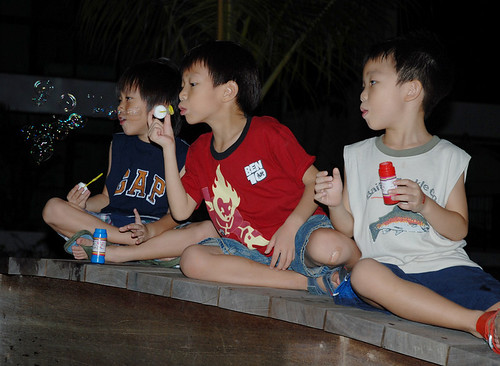 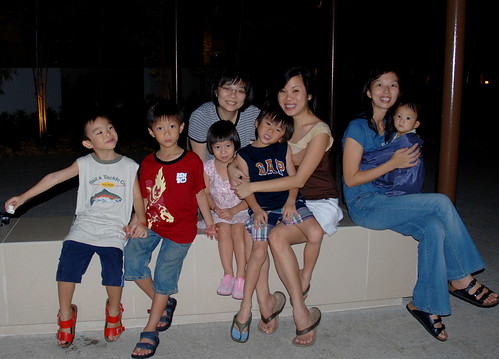 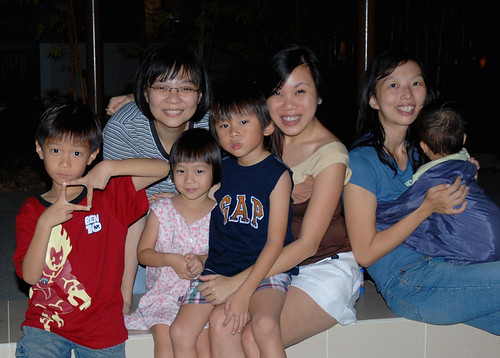 And Aidan looking so cool, showing off his new toy! 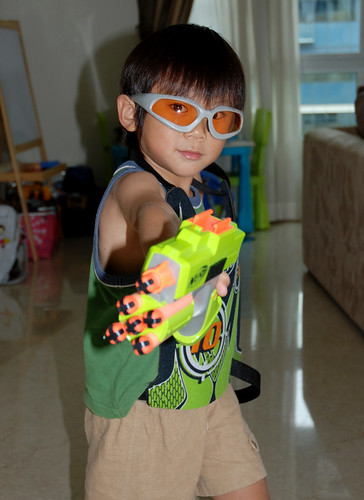 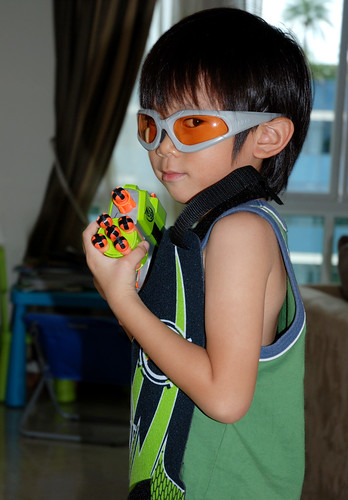