Wishing ya bliss and happiness, my dear sis :) 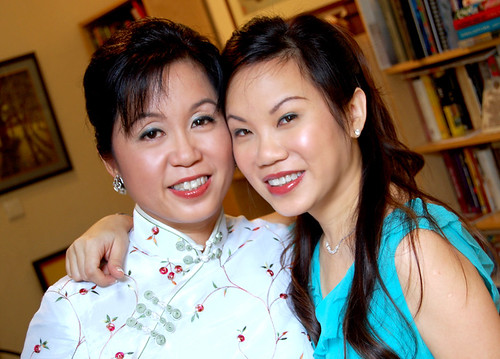 Evonne. She's older than me by about 1 1/2 years and many have commented that we are so different in many ways. My sis has always been the 'gwai' & sensible kid in the family. She was deemed as the responsible one who always assisted mom in the housework and helped reined us in whereas I was the wild child who would find every means to avoid plucking those pesky towgay tails and was always running off somewhere to play! My poor sister had to make numerous trips to the principal office when I was in Pr & Sec school (I was really that naughty) and has also helped me avoid canings from my parents by not telling them what a rascal I was :P

My sis & I when we were li' kiddos :)
She got married during the weekend. It's her second marriage..Her first ended more than 12 years ago (she married early - almost straight out of uni). It was strange because at that time, I was still studying in Vancouver and she'd called me up long distance to talk about her relationship and I'd told her then not to get married then because I could feel that she really wasn't prepared for it. But she still went ahead with it and later on, she did share with me that I'd been right. This time round, I gave her all my blessings because I could really tell that she was really happy and that James would make a great partner and husband for her. And yeah, even after what had happened to my marriage, I've not gone totally cynical and I still believe that there could be that chance of happily ever after for some :)

It was a small and private affair..both of them wanted it to be so. If given a chance, my sister would have chosen to elope but she would have to face the mighty wrath of dearest mommy. My sis actually wanted to do her own hair and makeup for the wedding (yes, she's that bochap!!) but I was adamant that she should look her best on her big day and fortunately, Eugene managed to get a makeup/hairstylist contact for me on very short notice! My gift to both of them were the photography for the wedding which I'd asked

Eugene to help me with :) Can't wait to see the full album..he's already sent me some pics for our preview...:)
Taken at her apartment... 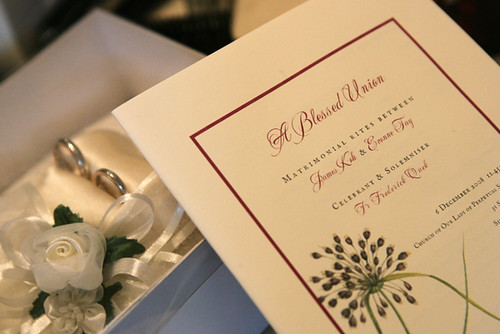 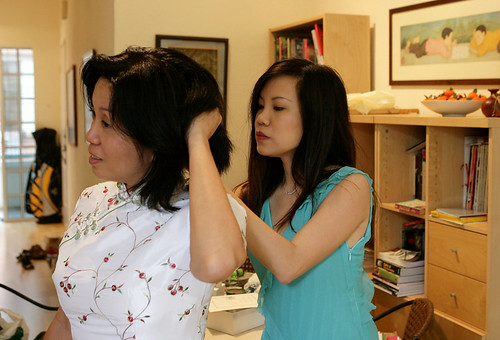 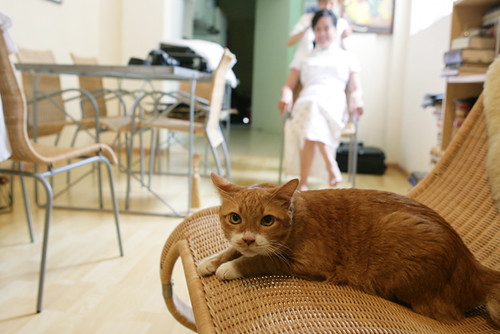 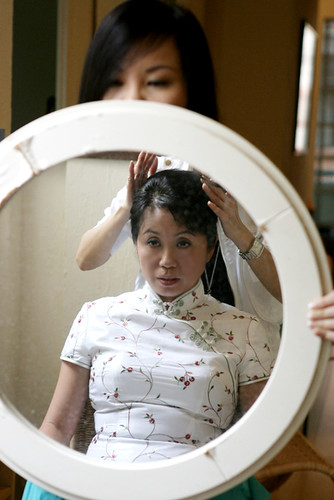 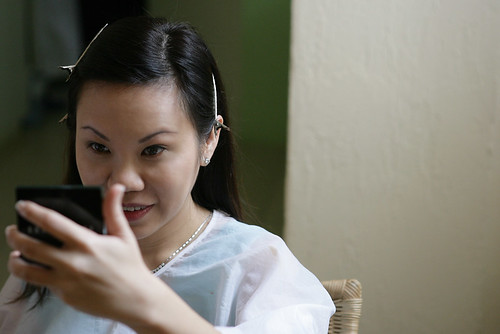 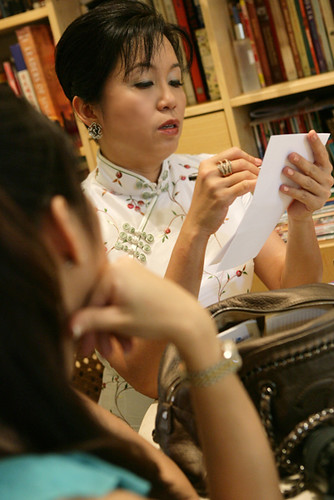 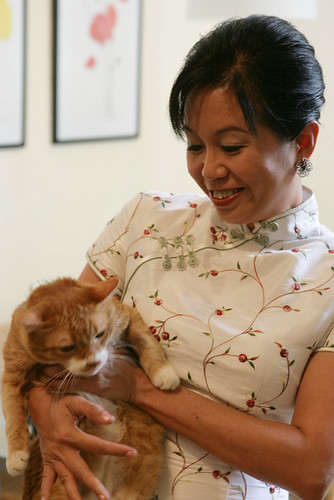 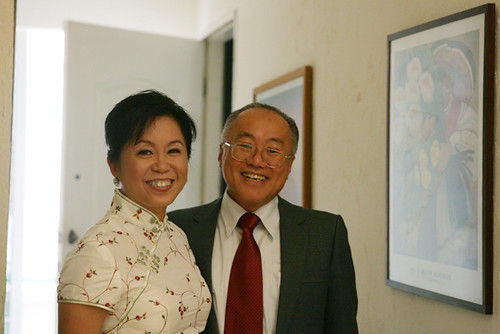 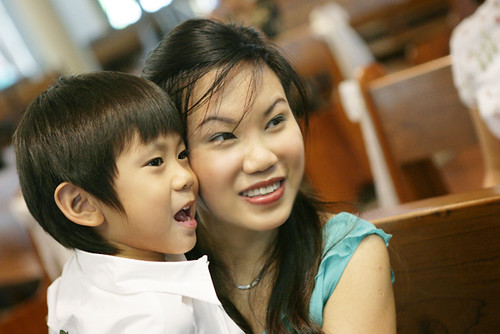 Yes, he was the ring bearer..The boy absolutely refused to wear the jacket and tie we got for him *sigh* 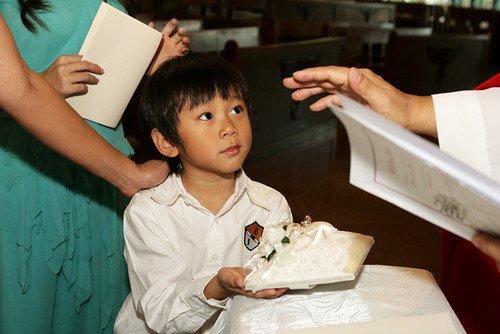 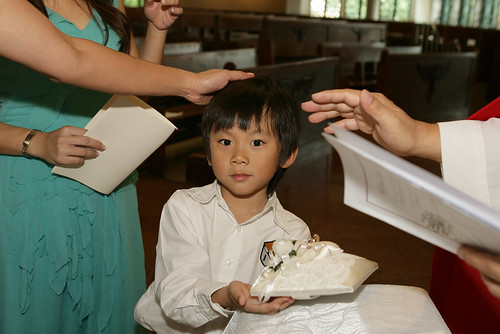 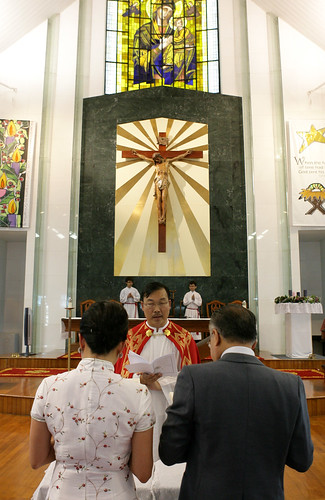 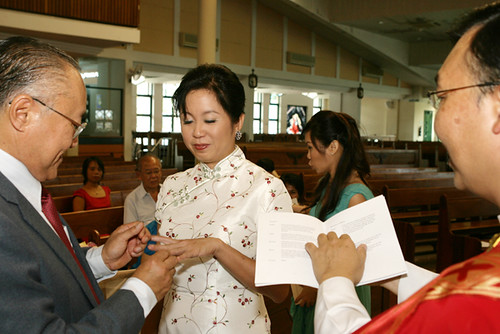 Okay..I was the witness which is why I'm standing up and
I was probably asking Aidan to stay put in his seat when this pic was taken.. 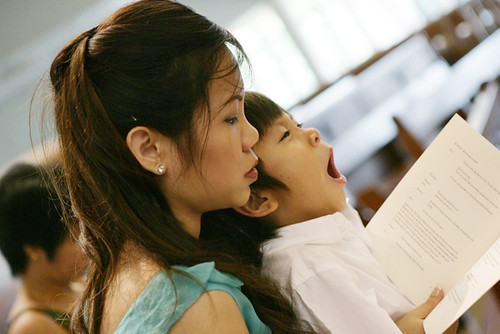 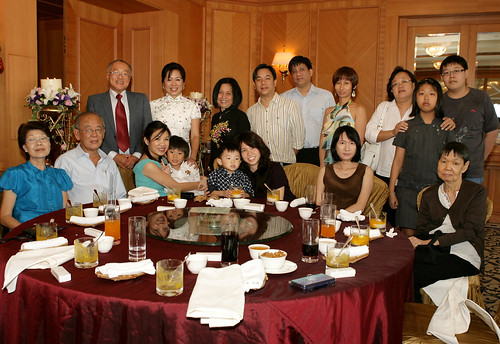 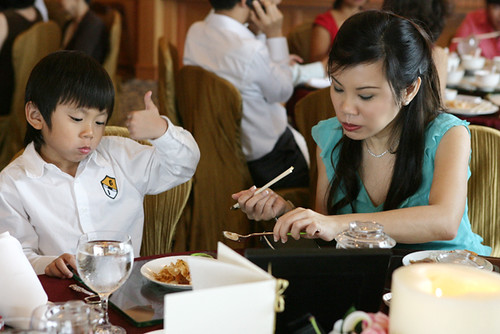 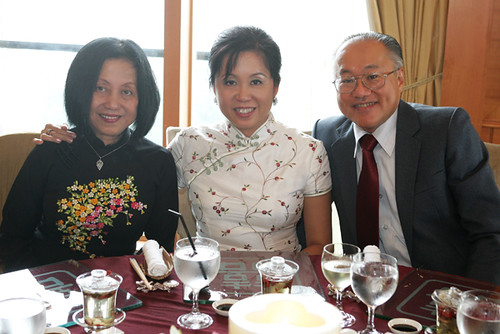 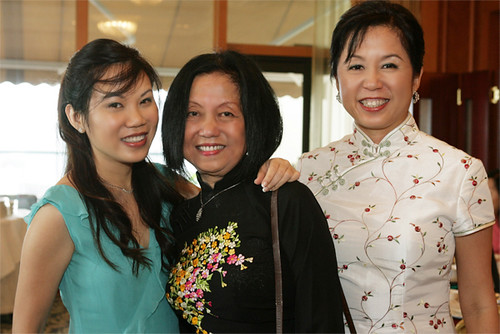 Okay..me and my sis have this on-going argument about which one of us looks more like my mom.
I'm like..is she blind or what?! She resembles my mom so much!
I inherited my mom's height *sob* and face shape i think but my sis got her big eyes! 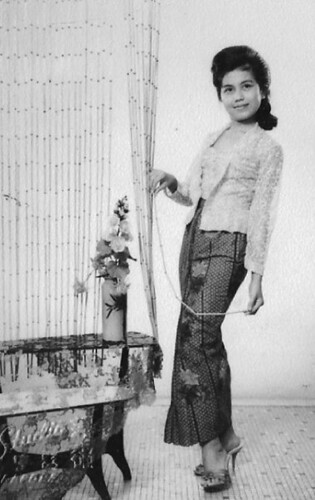 Here's 2 pics of mom when she was like 27 years old...
Doesn't sis look so much like her, especially in the cheongsam pic?! 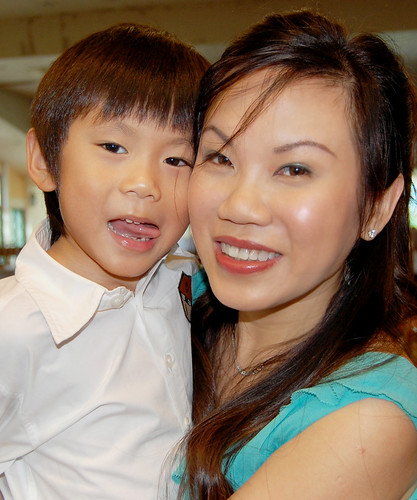 Think the boy did reasonably well as a ring-bearer especially since we didn't even rehearse at all.
I had to bribe him with a Ben10 toy to ensure his good behavior though..