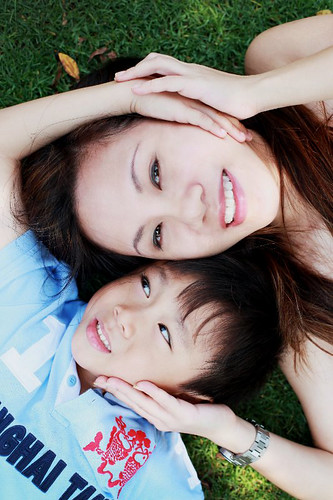 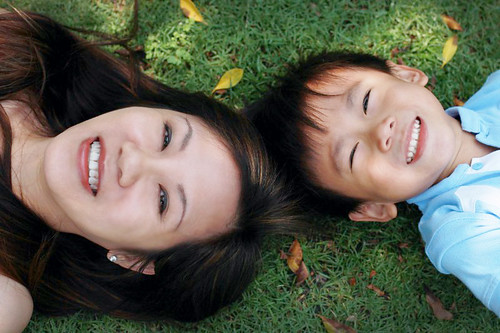 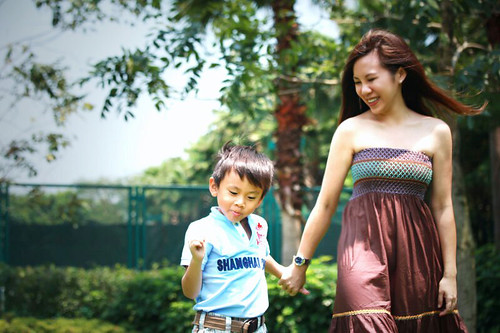 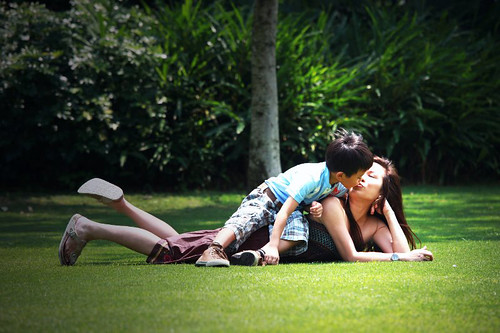 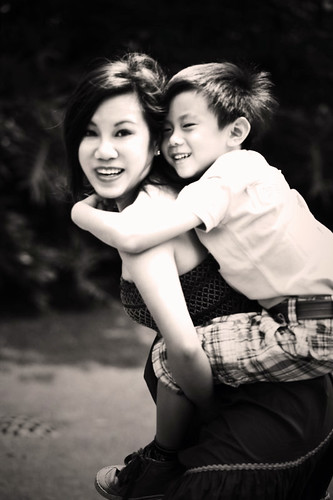 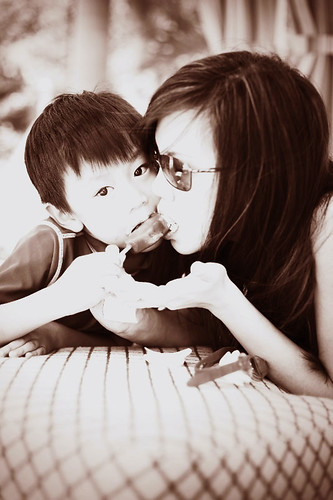 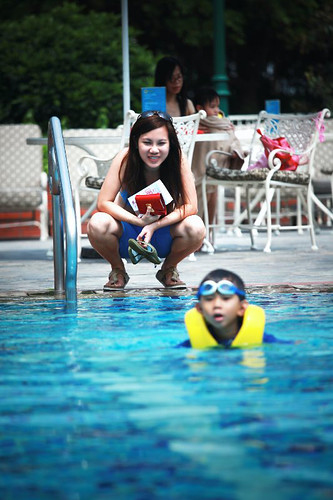 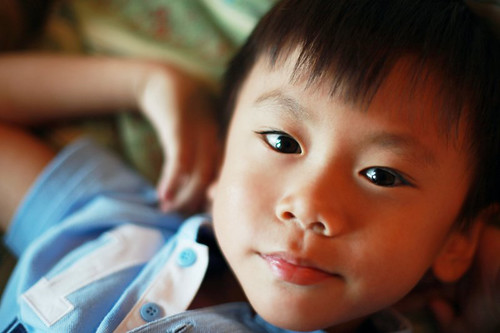 Photos by credits to Karen
There is nothing more rewarding than being a mom, and seeing your child grow and develop. I love seeing pieces of myself in him and his open affection and love for me..his kisses, his hugs and inane blabberings (okay, that I can love to a certain level :P). The love I have for him is truly unconditional..and in truth, he has really taught me the real meaning of loving someone..:)

Being a mom has made me appreciate my own mother more..My mother is quite a character actually..very strong-willed, stubborn and critical. I've inherited some of her traits and that has led to quite a bit of friction during my younger days especially since I was a rather rebellious kid. I guess as a kid, I was oblivious to it all thinking that all she wanted to do was to make my life miserable. When I was in Sec school, most of my friends were allowed to go to those house functions and dates whereas our household had a strict curfew and boys then was a no-no (although that didn't stop me). In fact, I still managed to attend a fair share of functions by sneaking out of the house with the help of my siblings (yes, I was that naughty). But now that I'm a parent, I can now better understand why she saw the need to curtail my actions especially since I was 'wild' by nature. She is the reason why I have a uni cert actually. At the age of 20, was working full time in hotel as a waitress and having the time of my life! And she decided that my education was important and decided on my behalf to ship me off to Canada to further my studies..I remember being quite devasted then because I was enjoying myself so much and was so reluctant to part with my then-boyfriend. In retrospect, I was really so naive then!

I know mom has been really concerned about me especially since the breakup of my marriage..in fact, she took the news quite badly. She has told me that her only wish now is to see that all her children are all well taken care off and I think she's afraid that I may not be able to cope on my own, especially with a child. I have to constantly reassure her that I'm fine.. Lately too, she's been giving me and my sister her jewellery saying that she doesn't like to wear them much at her age and rather have someone who appreciates them wear it. Even though we were both reluctant to accept them, she kept insisting saying that it gives her great pleasure to do so (too bad I don't have any daughter that I can pass the jewellery & my collection of bags to). 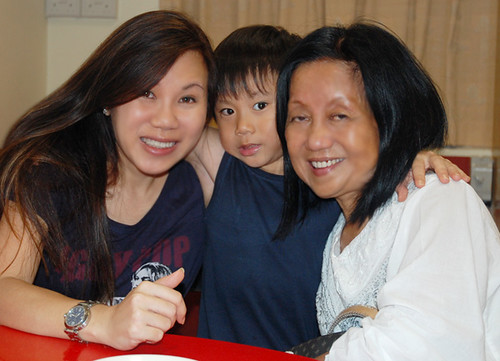