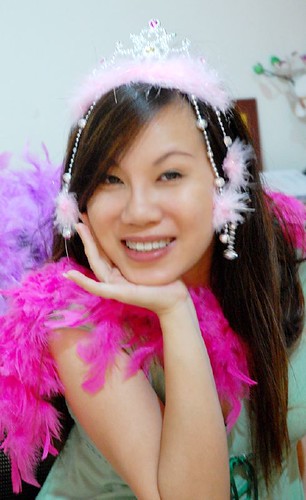 (tiara & boas were birthday gifts too)

Hm, my birthday post made some people worried. Had several people asking me about it. Assured them that I'm not depressed..probably just a tad melancholic and reflective but I'm seriously okay!!

Decided not to work on my birthday so i took leave and pampered myself with a nice long massage..I was so stoned out after the session that I'd walked out of the spa with their in-house slippers and didn't even realised it until I reached home. And I'd actually flip flopped all over town in that size 8 slippers (i'm a size 6) Oh well~

Had a fabulous birthday celeb at my place that evening with more than 25 pple managing to squeeze into my apartment.It was initially meant to be an all-girls get-together at a shabu shabu joint initiated by dear Mong but H1N1 struck (not her, but her li' girl) so she couldn't make it. And so I thought, instead of makin it just an all-girl thingy, just have everyone come over my place and indulge in unhealthy food & drinks. Man..I didn't realise how loud it would get..initially, I thought it was probably the kids since they were playing Xbox at the living room so I shooed all of them into the rooms to watch tv/dvd but the noise level hardly went down..Well, it did actually, after a certain someone went home *grin*. I enjoyed myself loads..Thanks for coming and celebrating this occasion with me..and also for all your lovely and thoughtful pressies. You guys are da bomb! And also to those who'd called, smses, fb message, tweeted birthday greetings! I feel so loved. Yah, turning 40 ain't that bad after all :D~ 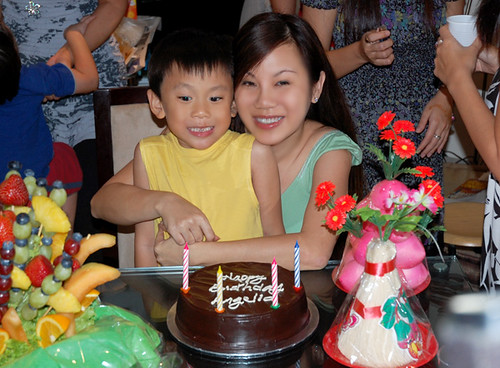 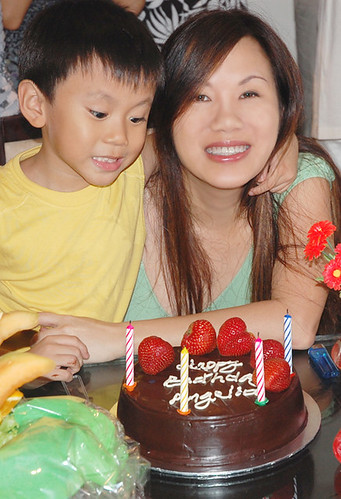 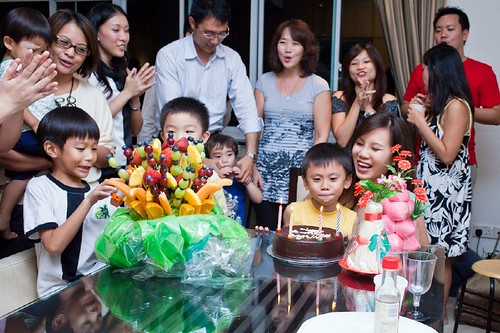 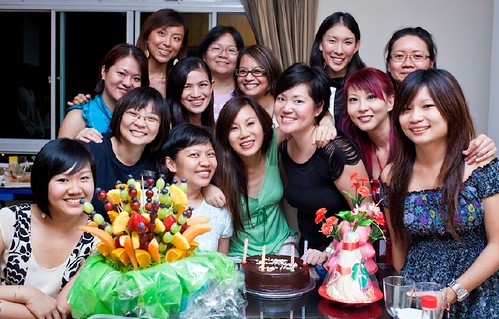 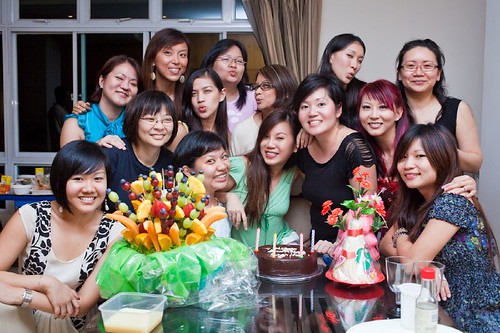 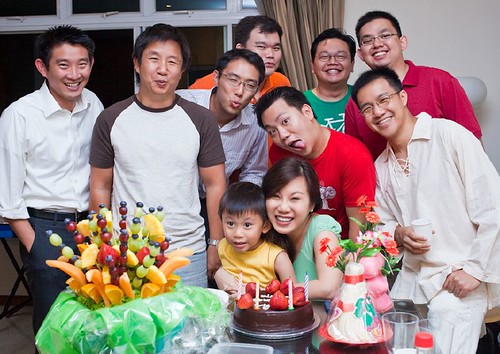 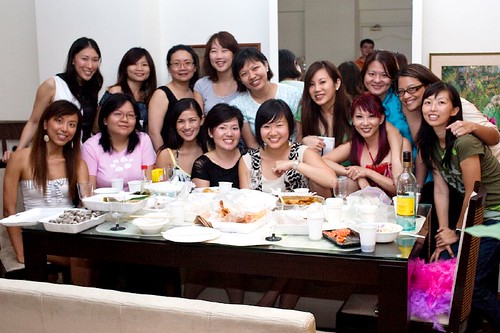 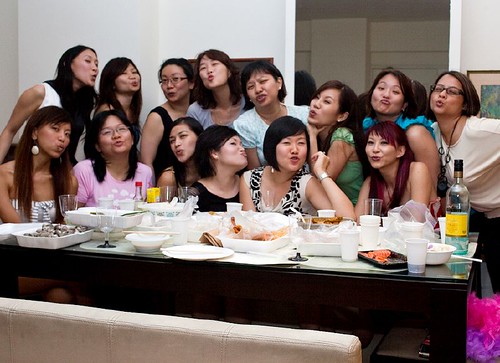 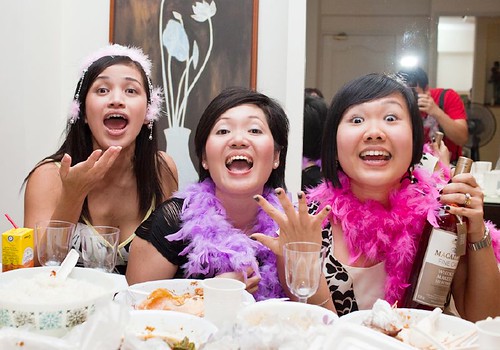 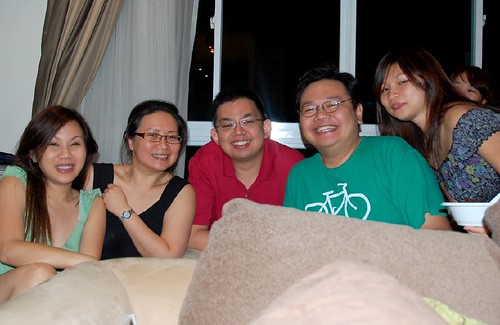 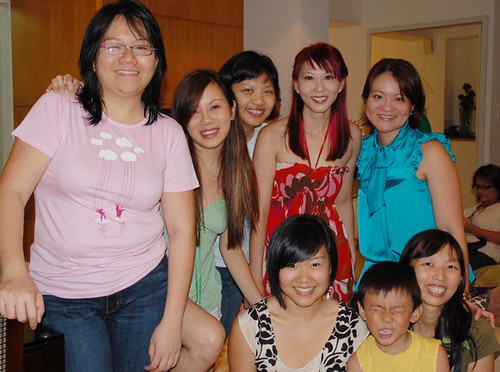 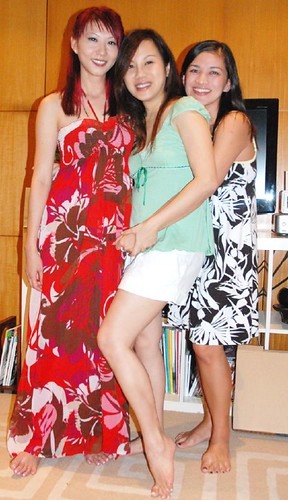 Some of the pressies I received..:) 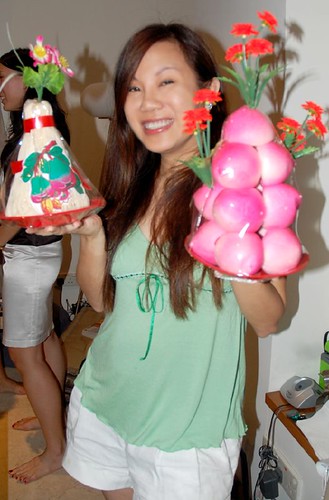 See what I got?!!! Shou Tao & Shou Mian! These are meant for those old folks celebrating their birthdays and they are supposed to be symbols of longevity!!!! I'm not THAT OLD!!! hehe.. 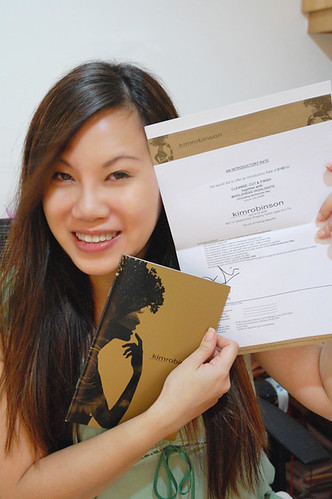 I was lamenting about the sad state of my hair & voila..I got a voucher for a haircut at Kim Robinson!! :):) 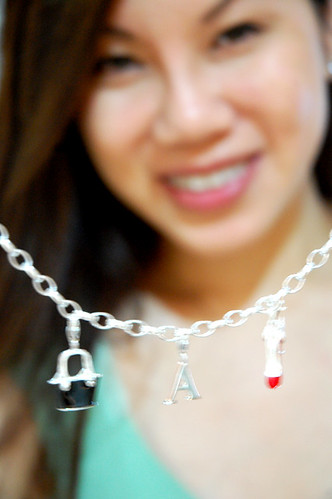 This is gorgeous...a Thomas Sabo bracelet with charms that's so meeee ♥ 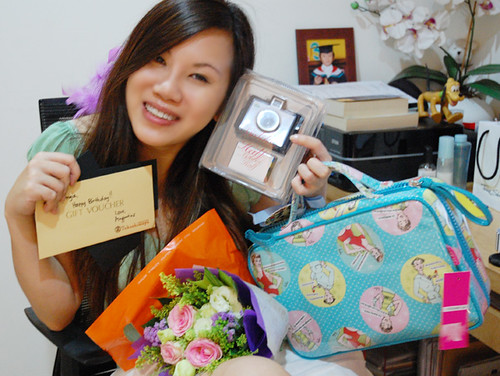 And thoughtful gifts like vouchers (always good for a shopper like me), body care items, jewellery, a golden half camera, DVD, a gorgeous fruit basket!!
Thanks again u all :))

Next year, let's just have one mega celebration for all the July babes yah!!!!